No ifs or 'butts': Former mayor calls for smoking area at Limerick hospital 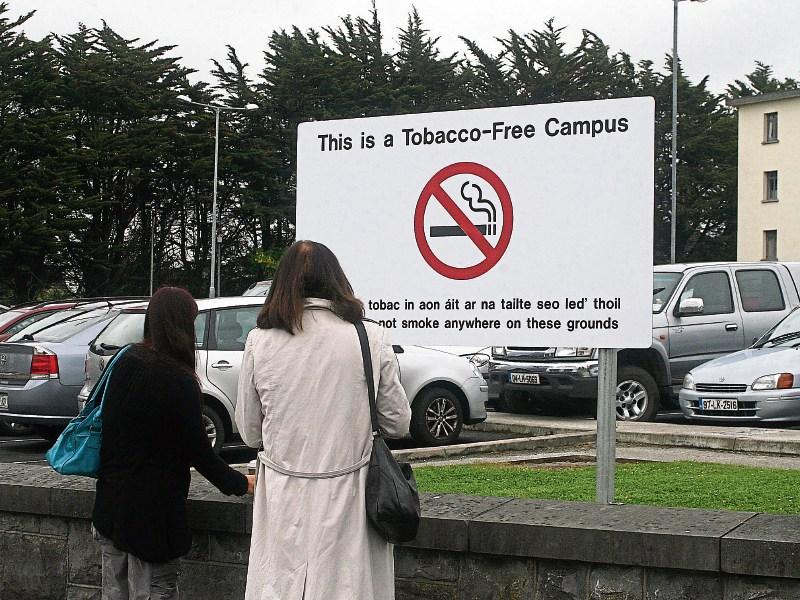 Smokers outside University Hospital Limerick, which outlawed smoking on the grounds in 2012 Picture: Michael Cowhey

PATIENTS in pyjamas puffing cigarettes outside a Limerick hospital has so infuriated a former mayor that he wants smoking areas to be moved inside the hospital grounds.

The HSE banned smoking in all its hospital grounds as of 2012, leading to a backlash from patients and medical professionals alike.

But now, Fianna Fail councillor Kieran O’Hanlon believes it is time to consider putting in a smoking area inside the boundary of the University Hospital Limerick.

“It saddens me to see people outside the hospital in the middle of winter in their dressing gowns and their pyjamas. Maybe if they already have lung cancer, they are happy to get pneumonia too. But I doubt it,” he said while addressing Prof Collette Cowan, the chief executive of the UL Hospitals Group, who met councillors this week.

Cllr O’Hanlon added: “I understand fully the health service's approach to smoking. But when they brought in the smoking ban, all pubs had to have smoking areas. If pubs can have them, I cannot understand why the hospital cannot. People who smoke and are in hospital cannot have a smoking area. I don’t get it.”

Prof Cowan said it is not HSE policy to introduce smoking areas.

“It doesn’t make it right,” the councillor fumed.

“The Department of Health has without appeal done exactly as it wishes. It's a very tough policy on the part of the department, but that's what it is. It's not just in hospitals we have this problem, but in airports too,” she said.

Ms Purcell believes the HSE should put smoking areas in hospitals, saying it would represent an “act of kindness” on the part of those who light up.

“I'm not pretending it should be part of someone's health policy, but it should be done as a gesture,” she added.

Figures last year revealed 1,000 people had flouted the smoking ban in the grounds of UHL.