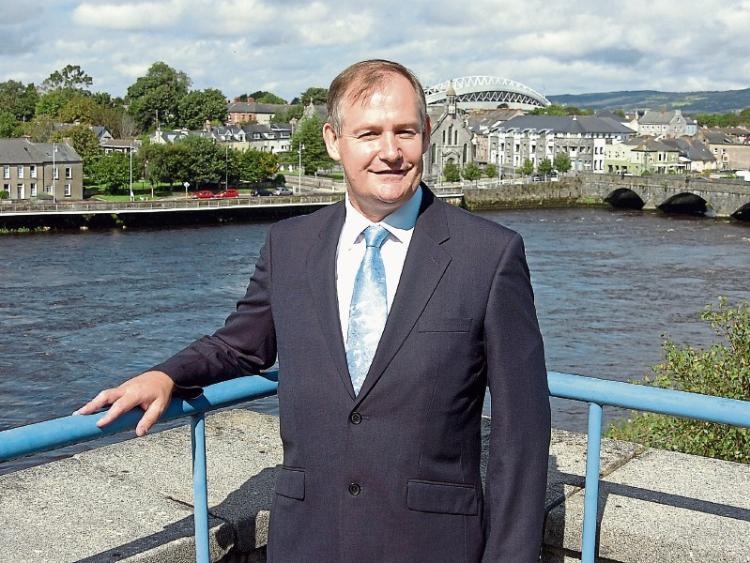 THE CHIEF of Limerick City and County Council has said that the local authority looks forward to working with cities along the West of Ireland “to further develop the regions and continue to make them even more attractive for investment and growth”.

This is following the Government’s major commitment to Limerick-based projects in its €116bn 10-year National Development Plan, announced this Friday afternoon.

This is one element of the Government’s Project Ireland 2040 strategy, also known as the National Framework Plan, which primarily looks at developing regional cities nationwide over the next 22 years.

As part of the capital plan, it has committed to the M20 Limerick to Cork motorway, which will cost in the region of €900m, to be complete by 2027.

The new Limerick to Foynes Road, which includes a bypass of Adare, as well as the Coonagh to Knockalisheen phase of the Limerick Northern Distributor Road are on the list for investment funding.

Limerick will see an improved public transport system and will also be able to apply for funding to develop projects which will further rejuvenate the city centre through the new €2 billion Urban Regeneration and Development Fund.

Projects being developed under Limerick 2030 will be able to source finance from this fund.

Limerick’s towns and villages will have an opportunity to benefit from a separate Rural fund worth €1 billion.

The reinstatement of the Limerick-Foynes rail line will take place as part of the overall expansion of the Shannon Foynes Port.

While the Shannon Group is to invest around €150 million in its capital programme over the next number of years, to develop Shannon International Airport and tourism facilities across the region.

The development of the city will be helped by the government’s commitment to carry out major flood defence works.

The plan outlines there will be a bypass of Newcastle West on the N21 and works will be carried out further west on the same road at Abbeyfeale.

The government has reaffirmed its commitment to funding the Limerick Regeneration Framework Implementation Plan to help revitalise the communities through various supports under the three pillars of physical, social and economic regeneration.

Welcoming the new plan, CEO of Limerick City and County Council, Conn Murray said: “Limerick City and County Council welcomes the commitment by the government to fund our ambitious plans to develop and enhance the city and county.  While a strong city is crucial to the development of the region, we recognise and welcome the plans to revitalise rural towns and villages. We look forward to working with our colleagues in Cork, Galway and Waterford to further develop the regions and continue to make them even more attractive for investment and growth.”

Maria Woods, Senior Planner with Limerick City and County Council said: “One of the aims of the NPF is to address regional imbalance between the greater Dublin area and the rest of the country, however, we are concerned that the plan outlined by the government means that the status quo will remain in terms of population distribution across the country.”