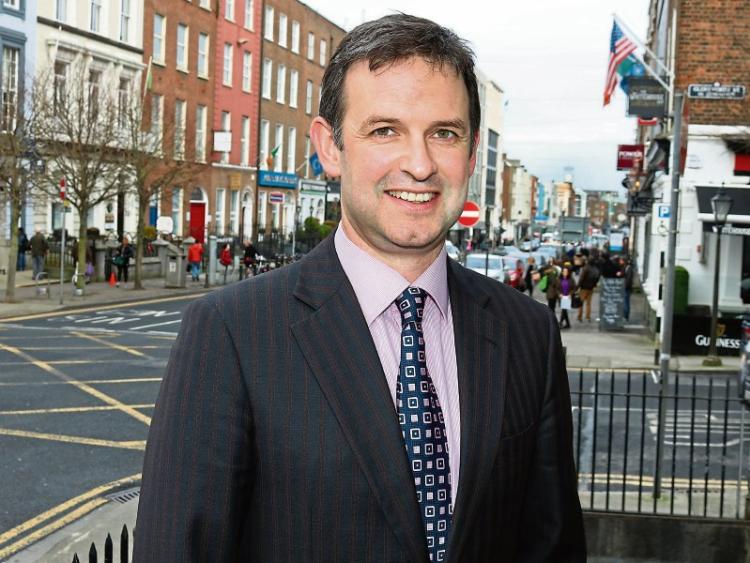 BIG name companies across the world want to be a part of the “fantastic opportunity” surrounding Limerick and the region’s economic Renaissance.

That’s according to Enda McLoughlin, who has taken up the reins as the Mid-West regional manager of the IDA.

Born and raised in Co Meath, but now living with his family in Ballina, Co Tipperary, Mr McLoughlin succeeds Niall O’Callaghan in the role as the agency’s leader in this area.

A graduate of University College Dublin, he has worked at a wealth of blue-chip multi-national firms, including telecommunications companies Ericsson, Meteor, and Technomen in Shannon.

Having worked as far afield as Mauritania, Egypt, Madagascar, Afghanistan and Italy, the new IDA manager offers a unique perspective on how Irish companies are perceived in foreign fields.

“When I was welcoming trade missions to the Middle East, I saw the real respect and the value placed on Irish companies. They had such respect for Irish technology companies. It’s something that is well recognised, but we don’t hear about back home. When you go to countries like Cameroon, Nigeria, and Madagascar, they would have experienced Irish missions back 60 years ago, and they have an affinity with what they did then.

“They like having the link to a country like Ireland, which really punches above its weight,” he said.

In terms of jobs and investment, Limerick is currently Ireland’s poster-child for a prosperous economy, despite its limited size.

There were gross gains in jobs from IDA-backed companies in the order of 1,481 in 2017. Some 128 companies backed by the agency operate in the Mid-West region, employing 17,787 people.

And although he is bound by non-disclosure agreements, Mr McLoughlin is confident more jobs will flow on Shannonside.

He said: “There is a lot of digging of ditches in the background. There is a fantastic pipeline in place. It’s very well managed, it’s very well qualified. Out of respect to privately-owned companies and their shareholders, we have to respect their confidentiality. But based on feedback, there is an incredibly positive feeling in relation to the region. Companies want to be part of that very positive growth.”

Since taking on the role, the father of three children - two girls and a boy - says he has been widely welcomed in Limerick’s business community.

“There is a very good collaborative approach taken to encourage companies to invest in Limerick. It’s very exciting to work with companies who are investing, who are coming here looking to invest. What is really exciting is companies when they come here, they can see other opportunities to come back with more than what they sought,” he explained.

Much is made of the “east versus west” competition in this country, with stakeholders in this region fiercely critical of the government’s draft National Planning Framework, suggesting it is too “Dublin-centric”.

But the new IDA regional manager says this is the wrong approach for a small nation like Ireland to take.

“In terms of speaking to companies, you can be ten minutes from Northern Trust, two hours from Google. The location is not the issue. It’s certainly not a Dublin versus the regions situation. It’s very much complementary. Many companies own various sites across the country, and do not differentiate whether people are based in Cork or Limerick,” he said.

Although he only joined the IDA in the last two months, Mr McLoughlin has been living in the region for more than 12 years.

Away from work, his life is devoted to wife Anna and children Turlough, 13, Saoirse, 9, and Aoibhinn, who is seven.

“I coach the Lough Derg under-14 soccer team, I’m a scout leader, and I’m also involved in coaching the under-10s camogie team in Ballina. I focus on one particular sport for each of the kids.

“They are also involved in music. We’re lucky there is a very active community in Ballina,” said the Meath native.

McLoughlin says for his new role, it is quite opportune that he lives close to where the borders of Clare, Limerick and Tipperary meet.

“I live right across from the capital of Ireland of 1,000 years ago, in Killaloe. It’s extraordinary to look at that and imagine what it was like,” he added.

Ultimately, McLoughlin wants to continue the region’s upward curve, and create links to achieve this between the various agencies.

“I’m really positive about the next three to five years in terms of working through the strategy we have in place. It’s an incredibly positive time for Limerick. I look forward to seeing this region becoming incredibly strong internationally. We are ready to put our best foot forward, and Limerick certainly does present a fantastic opportunity,” he concluded.