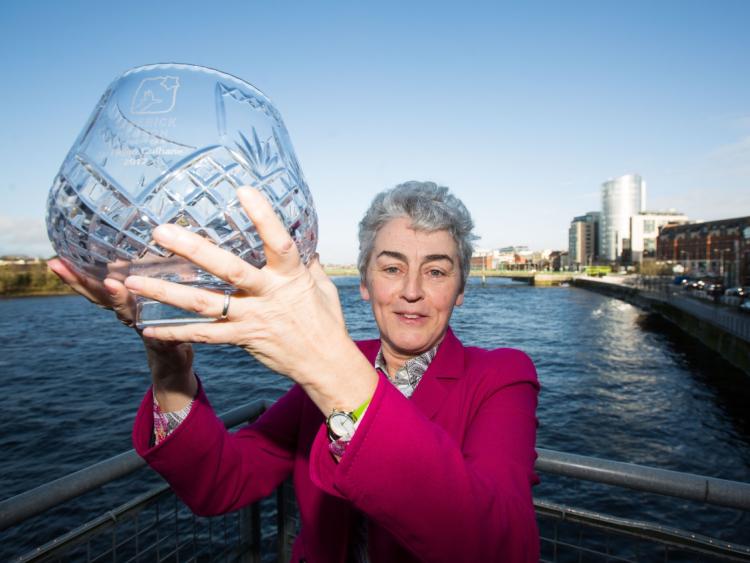 THE founder of a Limerick support service which has helped over 1,000 children affected by loss through death, separation or divorce, has been named Limerick Person of the Year 2017.

Sr Helen Culhane, founder of the Children's Grief Centre, received the top honour for her dedication and total commitment to providing grieving children and young people with a place and space where they are given the opportunity to examine feelings associated with loss, and learn that they are not alone.

The Croom native was honoured at a gala function in the Clayton Hotel this Thursday lunchtime attended by over 150 people.

Now in its 17th year and sponsored by The Limerick Leader, Southern Marketing Design & Media and the Clayton Hotel, the Limerick Person of the Year Award was set up to honour the achievements and success of local people.

Sr Helen founded the Children’s Grief Centre in 2009 which sees around 30 children a week, aged four to 18 years. Seventy per cent of the children who attend have separated parents while 30 per cent have suffered a bereavement.

In total, there are approximately 30 volunteers attached to the centre. The volunteers include a retired career guidance teacher, a play therapist, psychologist, psychotherapist, and an art therapist.

Her work had seen her selected as the January 2017 Limerick person of the month and her work stood out among the judging panel.

She said: “I’m shocked to be quite honest and very humbled to receive this award. Thanks to everyone of you and to all those who organised the event today.

“The work that I’m involved with, we see it as very important work as we are supporting children who are impacted by loss due to bereavement, separation and divorce, and if by winning this award it draws attention to that [work] it will be a goal achieved.

It's a huge honour, I love Limerick, as a lot of you know I played camogie in my young days. One of dreams really is some day to attend the All-Ireland and see Limerick bringing home the McCarthy Cup, so thank you very much," she laughed.

Editor of the Limerick Leader, Eugene Phelan, said that Sr Helen has made a valued contribution to the lives of many families across Limerick and wider region.

“Sr Helen Culhane is a very worthy recipient of the Limerick Person of the Year award for 2017.  Through her good work and dedication to young people she has made a valued contribution to so many families across Limerick - making the very difficult process of coping with loss somewhat easier for children and parents."

At the gala event today former Minister for Finance, Michael Noonan TD was also honoured with a Lifetime Achievement Award for his work down through the years as a government minister and a public representative for the area. 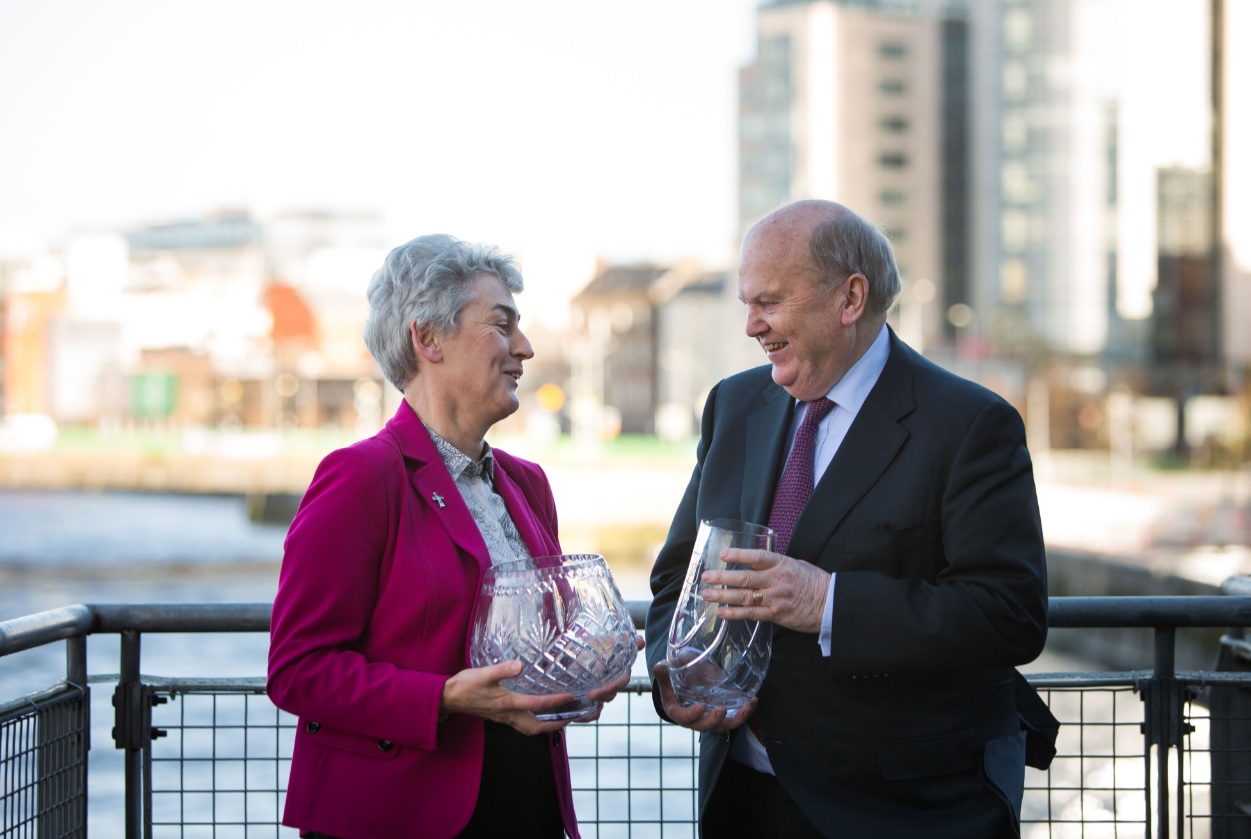 He said: "I'm emotional after all those beautiful tributes paid by everybody. This is a great honour, I would like to thank all the sponsors in conferring this honour on me today. You can get honoured in many parts of the world on occasions, but to be honoured in one's home city is very important.

"It would be fairer if this was a group award because a lot of the achievements in Limerick over the last seven years are the work of man people. What I was good at was identifying ideas that might work and implementing them," Deputy Noonan added.

An Taoiseach Leo Varadkar said the Loughill native was "in a class of his own" in a specially recorded video message.

"When the history of Ireland's economic recovery is written, there will be a special chapter on the man from Limerick and how he steadied the ship, and it will be called simply, in a class of his own," he said.

"When this country faced its darkest times, a recession that threatened the very fabric of the state, Michael gave leadership, direction and vision at the very heart of government and in his stewardship of the department of finance.

"Michael helped us to restore our economic sovereignty and also our self-respect and pride. It was a remarkable achievement that will ensure his place in history as one of the best ministers of finance this state has ever had.

"Limerick has been fortunate at having a servant of the people at its disposal for decades," he added.

Leader editor Eugene Phelan added: “There is fantastic diversity among the 12 monthly award winners, from Diana Mirza, a world chess champion, to Joy Neville, voted the number one rugby referee in the world.

"All strands of life are covered from the local garda who put his life on the line to save others, to a young entrepreneur whose invention may improve efficiency in hospitals all around the world, to a young solicitor based in Dublin who is flying the flag for Limerick through the Capital Limerick project.

"These are just ordinary people doing extraordinary things and who have during 2017 made Limerick a much better place," he added.

Mayor of the City and County of Limerick Cllr Stephen Keary said: “Congratulations to Sr Helen Culhane and Michael Noonan on receiving their awards today. Through your work, although in different spheres, you have always shown a commitment to help Limerick, in your own particular way, and we are all reaping the benefits.

"I would also like to congratulate all the other monthly recipients for their hard work and dedication in promoting Limerick," he added. 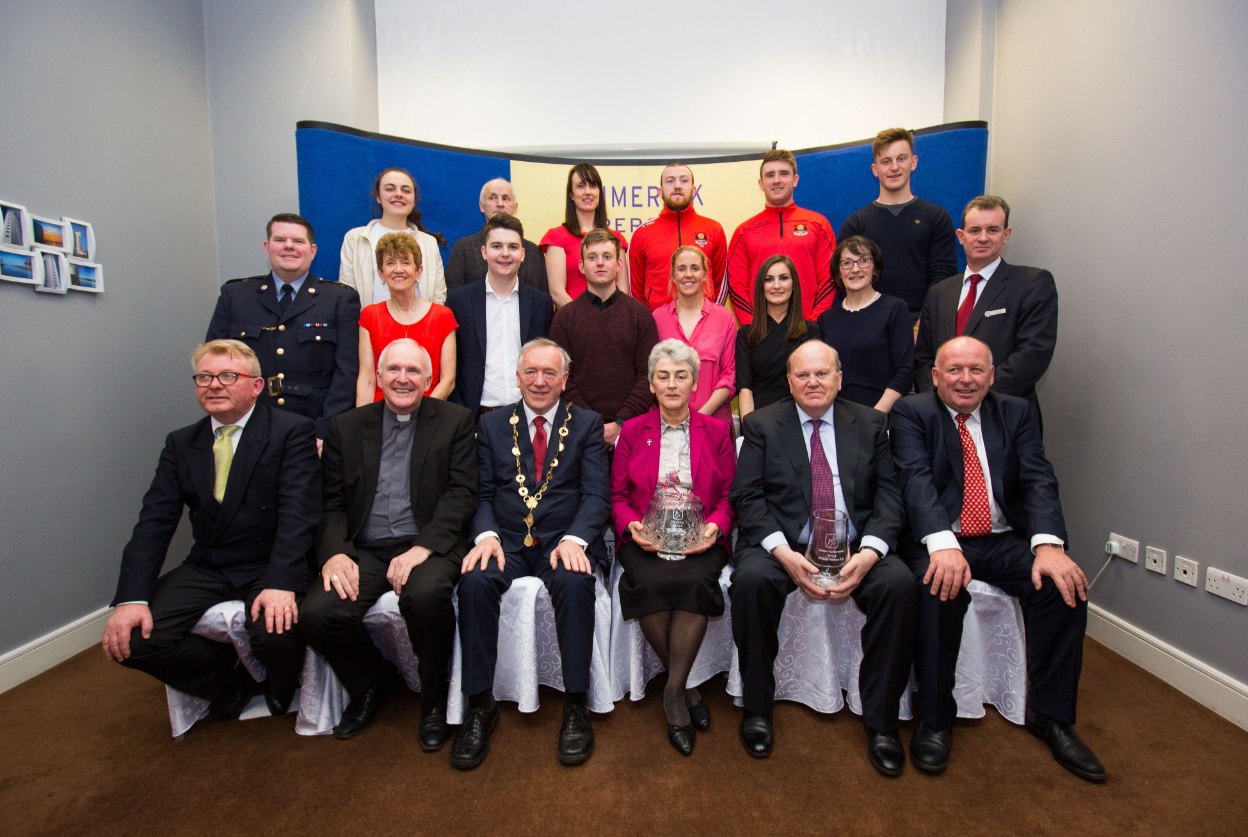