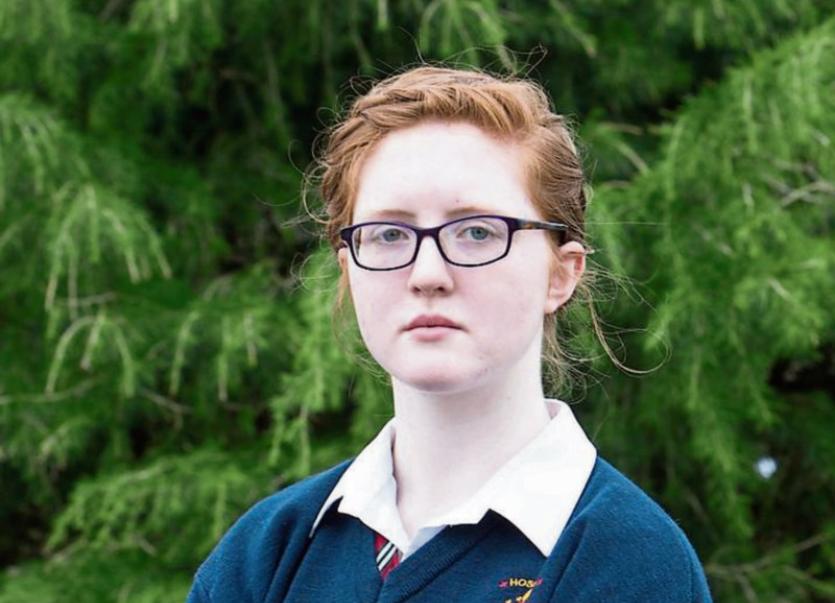 A BRAVE schoolgirl, who has been called a “hero”, said she didn’t think she would get out of Wednesday’s bus crash alive.

The vehicle came to a halt on its side in a field at Connolly’s Cross, Caherline, after being involved in a collision with a car. Aislinn Merrick, Caherconlish, and fellow student, Luke O’Dea, remained inside the wreckage to make sure their fellow students got out first.

Leaving Cert student Aislinn said it was “a miracle” everyone on the bus escaped with their lives.

Speaking at home in Caherconlish, yesterday, the 18-year-old told how she heard a “bang”, and passengers started “screaming”.

She added younger students were frozen with fear that the bus might have caught fire.

Moments before it crashed into the field, Aislinn said she “heard what sounded like branches coming against the bus”. She added: “There was a huge bang, then there were telephone cables along the window.

“No one had any time to react. It just happened so quick.

“Everyone was disorientated and then [the bus] went straight into the ditch and toppled over.

“It was just chaos. It was bad. There was people screaming, but we managed to get everyone out.

“Some people were falling. A few people landed on top of each other. It was lucky no one got thrown out of the windows.”

“There was a few students that were so scared they couldn’t move. We had to get them out. I helped get them out through the shattered window.”

Aislinn said others managed to get out via a skylight window that was also smashed in the impact.

The brave student, who was the eldest passenger on board, was the last to leave.

She said: “The bus driver was still there but we couldn’t move him.

“Luke was checking on the driver and said an ambulance had been called. It was a gift to have mobile phones with us because we were able to contact our parents as fast as possible.”

Aislinn, who was “lucky” to escape with only a few scratches, said: “I wasn’t expecting to get out of it [alive] to be honest. It was actually a miracle.” Despite her ordeal, Aislinn returned to school by bus on Thursday.

She said: “It was fine, up until we got to where the bus crashed, and then it was a bit scary – I was holding onto the seats a bit tighter.”

Aislinn’s younger brother Timmy, 14, would have been on the bus on the day of the crash but was off school sick.

He said: “It’s great that nothing [serious] happened to Aislinn or anyone else. A lot of my pals were on the bus. They were saying it was really frightening.”

Aislinn’s dad John Merrick was working on the family farm about two miles from the crash scene when the accident happened.

He said: “I’m very proud of Aislinn. When she rang me I got pretty emotional very fast. I could have lost a daughter. I think it was a miracle.”

Principal of John the Baptist Community School in Hospital, Noreen Rafferty, said all the students on the bus were “heroes”.