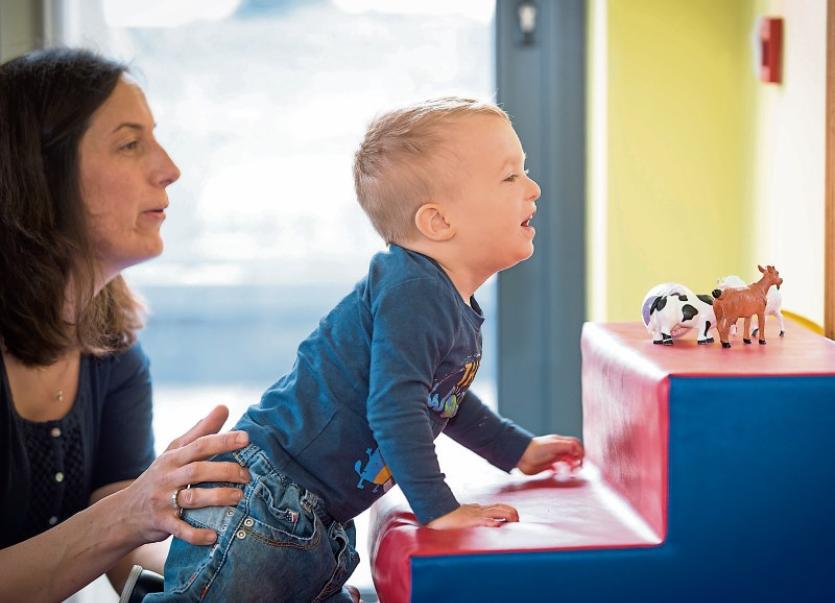 THE TREEHOUSE early intervention team at St Gabriel’s Centre in Limerick, who provide a “lifeline” for parents, are finalists in a national care award.

The team at Dooradoyle deliver a range of services to children with disabilities from birth to six years of age. They present with a range of conditions which include cerebral palsy, down syndrome, autism spectrum disorder, developmental delay, epilepsy and other neurological conditions.

Many parents and families have acknowledged and appreciate the great work that is done by these hard working health care professionals, who frequently go above and beyond to provide an outstanding service.

Treasa McAuliffe, acting clinical manager, said it can be a very difficult and stressful time for parents, who have a child that needs to attend a disability service requiring an assessment.

“However, despite this and over time parents develop a relationship with the team and have expressed the importance of the service not just to their child but to the family, going so far as to say that ‘the work done by the staff provided us with a lifeline’,” said Ms McAulife.

The Treehouse early intervention team has been recognised by the National Health Care Achievement Awards. They are finalists at the ceremony in Dún Laoghaire on March 9.

By working closely with families, a family centred model of service has been developed. Families choose the goals which they feel are relevant and achievable for their child. It is now being rolled out around the country as part of the National Progression of Disability Services for Children.

In spite of limited resources, the complexity of the children on the caseload and the increasing numbers of children being referred to the service, St Gabriel’s early intervention team has improved the efficiency of their service through collaborative working with the families, teachers, partner agencies such as Barnardo’s Homemakers and other respite organisations both regionally and nationally.

They say that creating links with local businesses and engaging with other organisations in the region has had a very positive impact for the service, children and families.

One example is Christmas time when families of children with disabilities have difficulty bringing their child to visit Santa, due to their physical, sensory and behavioural needs.

In response to this, St Gabriel’s early intervention team hold a Christmas party complete with Santa’s grotto, specifically for these children and their families.

With support form Dell, who sponsor the toys and provide volunteers to help on the day; Music Generation, who play seasonal music and sing, and Limerick Prison Service, who give party bags with appropriate treats for the children, “this event is unique and is a direct response to finding a solution at Christmas time for children with special needs”.

Tony O’Brien, director general, HSE, said the awards “provide an opportunity for healthcare centres to showcase their good work to a national audience and be recognised for their achievements, staff excellence and patient care”.