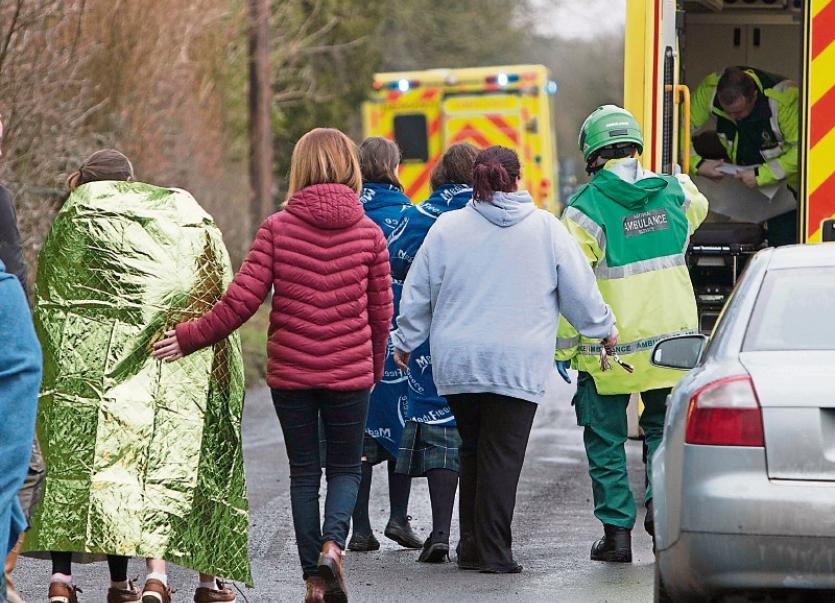 The majority of patients who presented at University Hospital Limerick following this morning’s bus crash in County Limerick have now been discharged Picture: Press 22

THE majority of those brought to University Hospital Limerick following this morning’s bus crash in County Limerick have been discharged.

A total of 36 patients attended the Emergency Department in connection with the road traffic collision outside Caherconlish on Wednesday morning.

Of these, four have now been admitted and the remainder have been discharged, a hospital spokesperson said.

“No life-threatening injuries were sustained as a result of this incident. Injuries sustained in the main consisted of musculoskeletal and soft tissue injuries but also included a small number of fractures,” said the spokesperson.

Children and their families were also offered counselling while in hospital and follow-up psychiatric support is being arranged through their school.

The hospital incident group formed in response to this incident has been stood down and operations have returned to normal.

UL Hospitals Group CEO Prof Colette Cowan said: “This was a distressing incident for everyone involved and I would like to pay tribute to all the emergency services for their effective response in managing it.

“We are proud to work alongside colleagues in the National Ambulance Service, Fire Service, An Garda Siochana, Limerick City and County Council and MidWest Community Healthcare.

“Our own staff at UHL showed exceptional dedication in managing the situation with many turning up to help without having been called in. I would also like to thank St John the Baptist Community School for their professionalism and they can rely on our support if required in the coming days and weeks.”