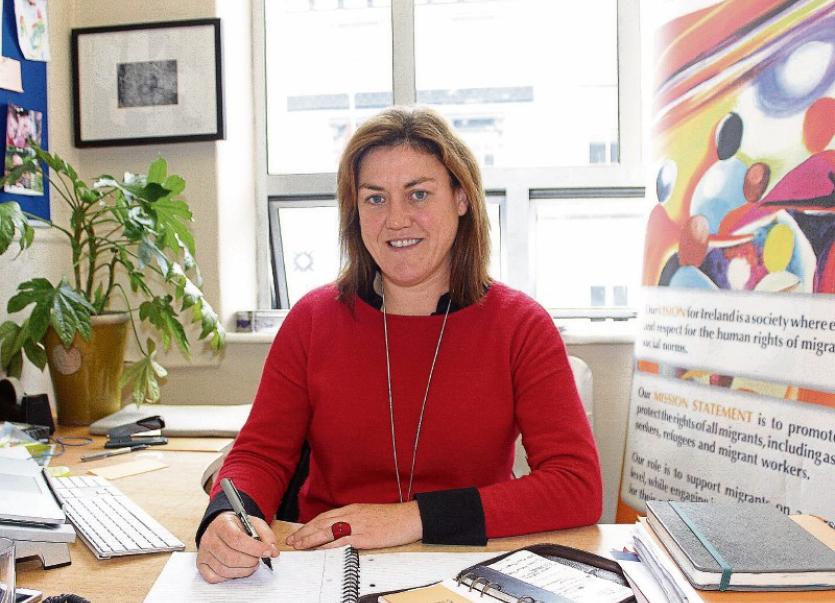 Leonie Kerins is critical of the employment permit scheme

Next week, the Supreme Court will declare the asylum seekers’ ban from employment to be unconstitutional, after it made this statement in May 2017.

In response to a court order to remedy the ban, the Government established the employment permit scheme for asylum seekers.

There are more than 400 asylum seekers living in Limerick and Knockalisheen in Clare.

However, Doras Luimni director Leonie Kerins has said that this new measure is “not an effective right to work for asylum seekers and will have little, if any, impact on people subsisting in Direct Provision” with a weekly income of over €20.

Disappointed with the measure, she said that Minister for Justice Charlie Flanagan has “simply announced his intention to further delay the implementation of work rights for asylum seekers, despite the clear requirement for action”.

“Ireland has been criticised internationally for long delays in decision making, leaving those seeking protection to survive in emergency accommodation with limited rights for several years. While progress has recently been made to address the delays and human rights violations in theory, we continue to await real action and progress.”

Ms Kerins added: “Restrictive policies will only further compound the damage caused to individuals seeking protection in Ireland, making their long-term integrate into our communities difficult.”