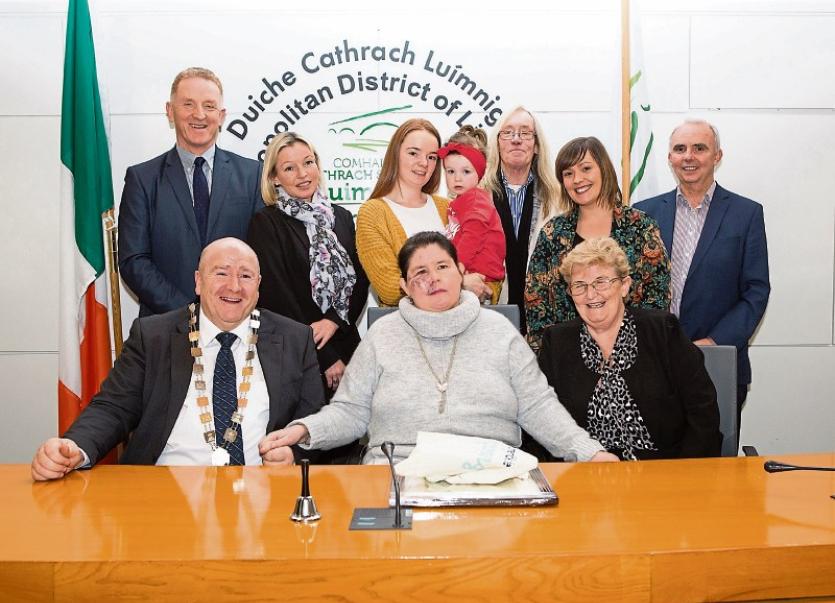 “IF this world had more Julie Normoyles, it would be a better place”.​

The words of metropolitan mayor, Cllr Sean Lynch, who held a special reception in honour of the Ballybrown disability activist at City Hall this week.

Julie, who is a client of the Daughters of Charity, at its base in the Tait business centre, Pery Square, has campaigned for the rights of those with physical disabilities for a long period of time, with a particular focus on road safety. While working in the service at one of its centres in John Street, Julie secured a pedestrian crossing outside to help her co-workers there be more independent and use the road safely.

Now, she has turned her attention to the dangerous Catherine St-Glentworth Street junction, urging the local authority to invest money in putting a pedestrian crossing there.

Her campaign has been backed by Cllr Lynch, who described Julie as “a true champion”.

”I am just honoured to host this reception for Julie, who is not afraid to stand up for the rights of those less well off,” the mayor added.