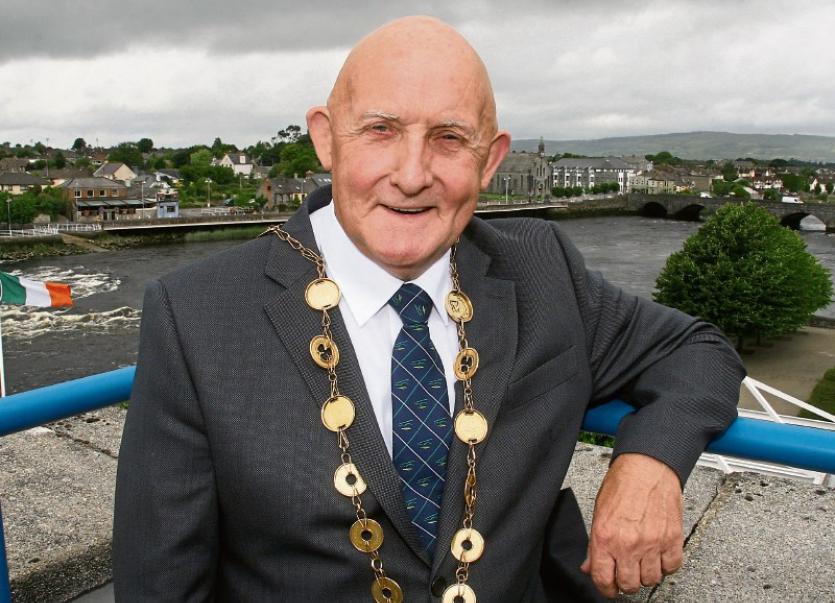 WHILE politicians are often criticised for going on travel junkets, former Mayor Kieran O'Hanlon’s trip to the United States last year has certainly come up trumps.

This week, Clenn Construction announced it is to set up a factory in the Galvone Industrial Estate on the southside of Limerick to build modular homes.​

The American firm – which hopes to rapidly grow its headcount to 400 staff – picked Limerick due to the fact founder Mike Benn and Patrick E Benn, the company’s principal, hail from Clare Street in the city. During his mayoralty last year, the Fianna Fail councillor staged meetings with the pair during his visit to New York for St Patrick’s Day.​

“When I went over for St Patrick’s Day last year, we met with Mike and Patrick. We discussed the possibility of getting into the business of building modular homes. We felt it would be a win-win for Limerick if we got them to come here. We need rapid build houses, but we also need employment in the regeneration areas. We met them twice while there,” he said,

Off the back of this, Clenn bosses came to Limerick, where they met and gained the backing of Limerick City and County Council.

“​They came over and met with the officials. They are to build one prototype house to make sure all the regulations are being applied. I’m definitely hopeful we can get employment going in Limerick to build these houses,” Cllr O’Hanlon said.

At the close of his year as first citizen faced questions over the cost of his trip to the states.

But the fact that he has helped bring 50 jobs here – and potentially more – means he needs to make “no apology” for the excursion.

“I remember when I finished up as mayor, there were one or two people who didn’t approve of my going to New York and tried to get me to defend this trip. We have to sell ourselves. We’re the capital of the Mid-West and we have to go out and tell people what we're about,” he said.

The jobs on offer will be in the assembly of timber frame housing sections, with the company seeking staff with a range of skills including roofing, tiling, plumbing as well as machine operatives.

The move to Limerick is timely, given the scarcity of both private and public rented houses.

Mayor Stephen Keary​ has hailed the announcement as “great news for Limerick”.

The council is looking at the skillset which will be required by the company and will work with Limerick and Clare Education and Training Board and the Department of Employment and Social Protection to identity potential employees.

“We’re delighted to be able to work with Limerick City and County Council to set up a base in Limerick. One of the reasons we chose Limerick was because one of the founders of the company was from the city before emigrating to America,” Mr Benn said.

“Clenn Construction is an expert in this sector and we will be hoping to replicate our success here in Limerick. We are hiring people with a range of skills, initially 50 people, but this will grow as we expand into the European markets.

The Mayor added: “This is great news for the southside of Limerick. New businesses and new jobs are always very welcome to Limerick and these jobs show a commitment by council in helping to make Limerick an attractive location.”

The company hope to start operations later this year.