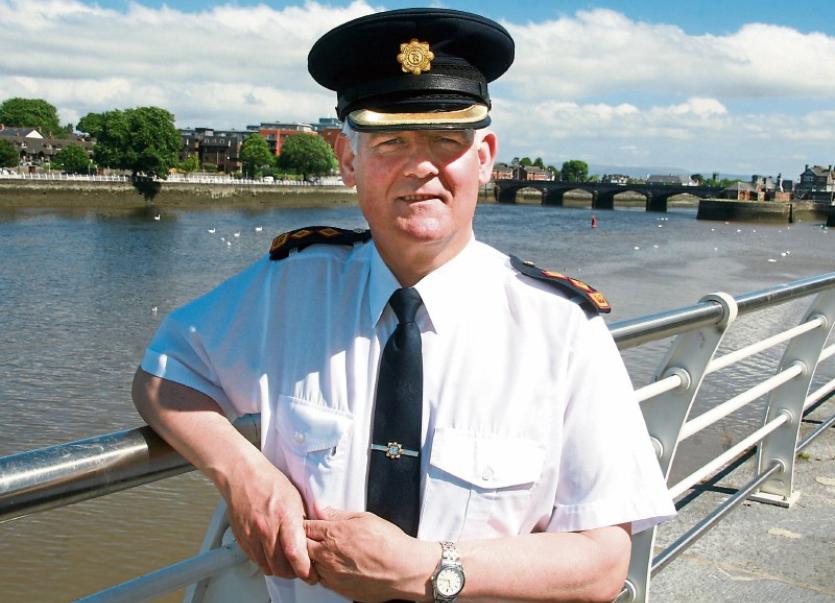 THE head of the Limerick garda division, Chief Superintendent David Sheahan, is to take up the position of assistant commissioner for the South Eastern Region.

Chief Supt Sheahan was one of five senior officers whose promotion was sanctioned last year following a selection process undertaken by the Policing Authority.

Originally from County Wexford, he was first stationed in the Limerick division in 2005 when he took up the position of superintendent at Roxboro Road garda station.

He then transferred to the Waterford division before returning to Limerick in 2010 following his promotion to the rank of Chief Superintendent.

During the last eight years, he has overseen a major crackdown on crime in the city which resulted in the prosecution and conviction of several gangland figures.

In recent times he has overseen the launch of a pilot scheme which has seen the roll-out of fifty smartphones to gardai across the Limerick division.

Former detective and chairman of the Limerick Joint Policing Committee, Cllr Sean Lynch, says Chief Supt Sheahan will be a loss to Limerick.

“I had the pleasure of working under him. I can honestly say he was a pleasure to work for. When he first came to Roxboro we used to be giving out because the light would be on in his office at all hours.

“During his time in Limerick he put a lot of good things in place and Limerick is in a very good place as a result of his good managerial skills and he is going to be a big loss,” added the metropolitan mayor.

Chief Supt Sheahan is due to take up his new role on February 7.