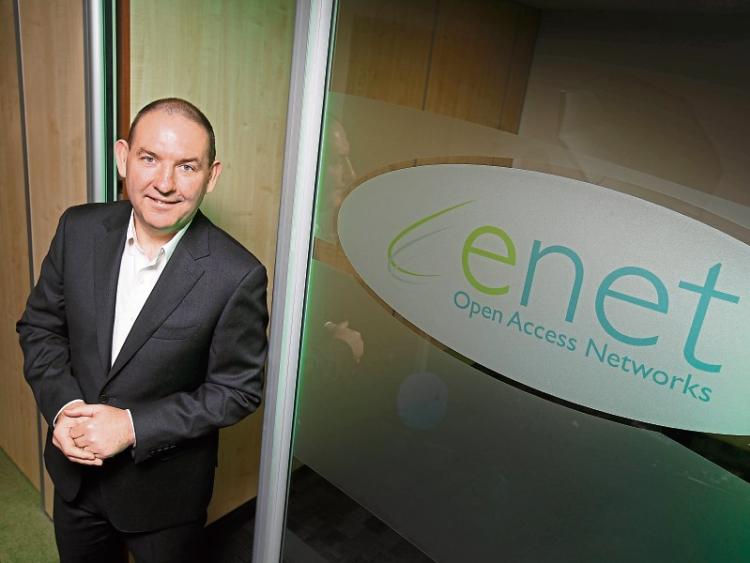 THE Limerick-based telecommunications firm enet has 'reaffirmed its commitment' to the National Broadband Plan Procurement process, Minister for Communications Denis Naughten has said.

The process has been thrown into disarray after eir pulled out of the bidding process for the huge, State-subsidised rural National Broadband Plan (NBP), which aims to connect 540,000 homes and business to high-speed internet over the next four years.

In a statement, Minister Naughten said the process was "a key priority for Government and is being managed intensively by a specialist National Broadband Procurement Team in my Department.

He said that "following detailed engagement with bidders" - enet and eir - had submitted their detailed solutions in September 2017 outlining their proposals to meet the NBP contractual requirements.

"Over the past weeks each bidder received comprehensive feedback on their submissions from the National Broadband Procurement Team outlining where improvements could be achieved and where concerns were identified.

"The Procurement Team advised that today (January 31) was the last day that bidders could raise any outstanding items to be addressed in the draft NBP contract.

"Once received, the NBP Procurement Team was prepared to consider these final issues and make any appropriate amendments to the tender documentation taking into consideration the key issues raised while ensuring that the draft contract retained the necessary governance and controls required to protect tax-payers’ money.

"My Department had informed bidders that they intended to issue an invitation to submit final tenders in the coming weeks once these amendments were finalised and agreed. This would signal that the process had moved towards the final stage.

"One bidder, Eircom Limited (eir), has formally communicated to my Department that it is withdrawing from the procurement process. I understand their decision is driven by ‘commercial, regulatory and governance’ issues. This decision is ultimately a commercial matter for eir.

He added: "The remaining bidder in the procurement process, the consortium comprising of Granahan McCourt, enet, SSE, John Laing Group plc, has reaffirmed its commitment to the successful conclusion of the NBP process."

enet, based out of Hamilton House in Plassey, manages the State’s fibre-optic telecommunications network. Founded by Limerick property developer Michael Tiernan, it was acquired by an international consortium of investors for an undisclosed sum in 2013.