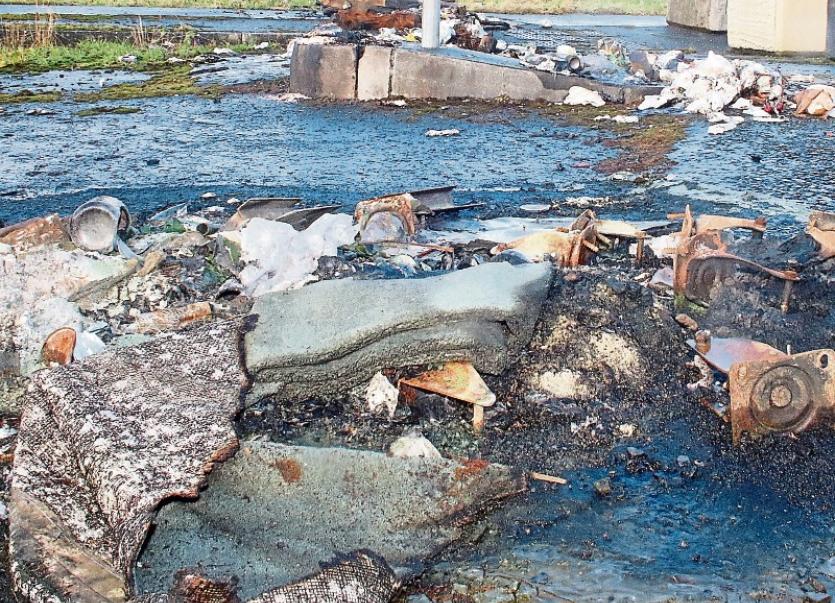 Some litter allegedly left behind by families on a site just off the Dock Road Picture: Michael Cowhey

LIMERICK council is to issue proceedings to have a number of Traveller families who have set up home near the Courtbrack Avenue in the city removed.

This is according to local councillor Joe Leddin, who says residents are being “kept up at night” due to the noise coming from the site, while taxi company boss Jude Williams, who also lives in the area, says his neighbours no longer walk near the site.

It’s understood seven caravans have maintained a presence adjacent to the former Scott’s Bar, which has been closed for a number of years.

And Cllr Leddin says it has caused huge upset in the area.

“All sorts of issues have been raised in relation to noise emanating from generators which are being used by the families to heat up the caravans.  There is an issue in terms of rubbish not being properly managed and dispersed all over the place. There’s a huge health issue in terms of sanitary conditions,” he added.

The Labour member is in talks with the gardai, and social services in a bid to have the families moved to a more suitable “serviced site”.

“The current scenario is just not satisfactory. We cannot have a situation where residents are kept up because of the noise of generators all night. We cannot have children looking out at people dumping rubbish. The situation is not sustainable. There has to be a resolution sooner rather than later,” he said.

Mr Williams added: “They have left rubbish. they have connected wires onto lamp-posts.  Nobody goes down to the area anymore. People used to walk down that route, but that doesn't happen any more. I just wish they would go. They are there over a year now coming and going.”

He feels the council has taken too long over the enforcement action, and fears that even if the local authority is successful in removing the Travellers, other people will take up residence on the site again.

Limerick City and County Council were not available for comment.