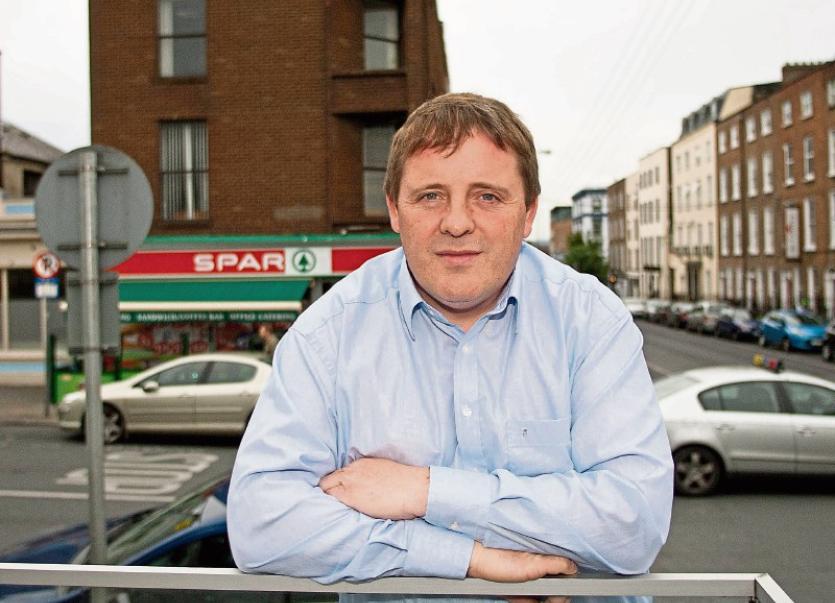 Shane Gleeson, manager of Gleeson’s Spar on Catherine Street. He has hit out at the ‘collapse in morality’ over false claims Picture: Adrian Butler

A LIMERICK city retailer has hit out at those who attempt to steal from local businesses through fraudulent claims, saying it “breaks shops and breaks businesses”.

Shane Gleeson, shop manager of Gleeson’s Spar on Catherine Street, has said that over the past six years, he has seen “a collapse in morality” and a trend of people who “think it is fine to steal using false claims”.

Gleeson’s store has been serving the city centre community for approximately 60 years, but it is not until recent years that people have been engaging in compensation “gimmicks” at his shop, he said.

“People were far more honest years ago and didn’t engage in this sort of thing. Really, this form of theft has only been very prevalent for the past five years. They don’t seem to see this as a moral problem or that they are doing something wrong,” he told the Limerick Leader.

He added: “If somebody drops a yoghurt, you really have to race to get to it first because somebody else is waiting to fall on it. But, again, the CCTV footage is killing that off for us.”

Ten years ago, he said, shop managers used to worry “an awful lot more” about shoplifting or trouble on the streets.

“The gardai have done a great job getting trouble off the streets. The streets are very safe now, in general. Now our biggest worry is the dodgy claimer. They are coming in, looking for something to trip or fall on. You are there trying to do an honest day’s work.

“These people are trying to figure out how to steal from you,” he explained.

And as a net result of this trend, he said, he has spent “a fortune” on CCTV cameras to tackle the problem.

“We have managed to successfully defend most of them. We have found the courts to be very good when you give them the evidence to show that it’s clearly fraud. And it’s very obvious in the footage.

“We have paid out virtually nothing in the last number of years because we have successfully fought the claims. But before we put in the CCTV, we were spending €20,000 to €30,000 on this form of theft. That’s been eliminated now virtually,” he said.

Mr Gleeson opines that fraudulent claimants “should go to jail”.