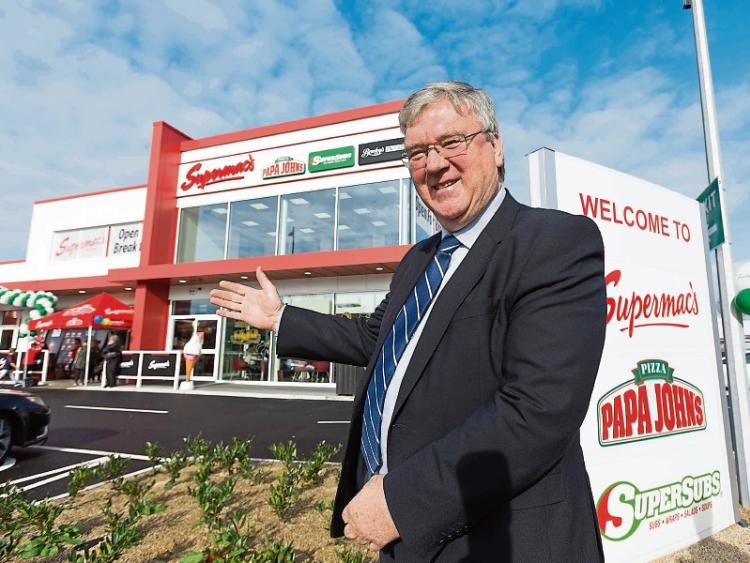 Pat McDonagh: compo culture is ‘on the increase’, but CCTV cameras in bathrooms have been successful at catching out fraudulent claimants

SUPERMAC’S founder Pat McDonagh has said that the rising price of insurance premiums on the back of claims and settlements is causing companies to go out of business.

The Galway businessman, who also owns the Castletroy Park Hotel, has long been vocal about ‘compo culture’, which he said “is definitely on the increase”.

“Insurance companies are then settling claims without consulting with the insured party. So they’re settling them on nuisance value and that’s encouraging further claims. That suits them because they’re making a lot of money out of it - all they have to do is increase premiums, so they’re not at a loss.

“So you could say that there’s no one representing the policyholders whatsoever. They are left isolated, because if you look at who’s making money on it, it’s the insurance companies, it’s the brokers, certain legal firms that specialise in it, and then the claimants,” he said.

The successful entrepreneur, who also owns a chain of Claddagh Irish pubs in the US and a number of other hotels around Ireland, is involved in a new pressure group, the Alliance for Insurance Reform.

He said that he has had calls from companies that have gone out of business, unable to pay for a high insurance premium.

“Some businesses are more liable to claims than others. I’m certainly spending a lot more time dealing with claims than what I was. But we believe in fighting them, and we are reasonably successful at it,” he said.

In fact, Mr McDonagh feels as though he must take the issue of avoiding bogus claims into his own hands, saying he often doesn’t trust insurance companies who may be settling without consultation.

He has implemented a number of measures to help safeguard against exaggerated claims.

One of these is the installation of CCTV cameras in Supermac’s bathrooms throughout the country.

“We had a CCTV camera in Limerick a couple of months ago, showing a guy coming in and putting the water on the floor.

“Then he came down and claimed he broke his phone.

“It was all on CCTV,” said Mr McDonagh.

The man in question later withdrew his claim.

The new insurance pressure group has been set up “to represent the policyholders and to highlight what’s happening,” he said.

“Of course, the judiciary have a role to play as well, because they’ve been pretty generous with their payouts, and the PIAB (Personal Injuries Assessment Board) likewise.

“It’s like winning the lotto for some of these claimants.”