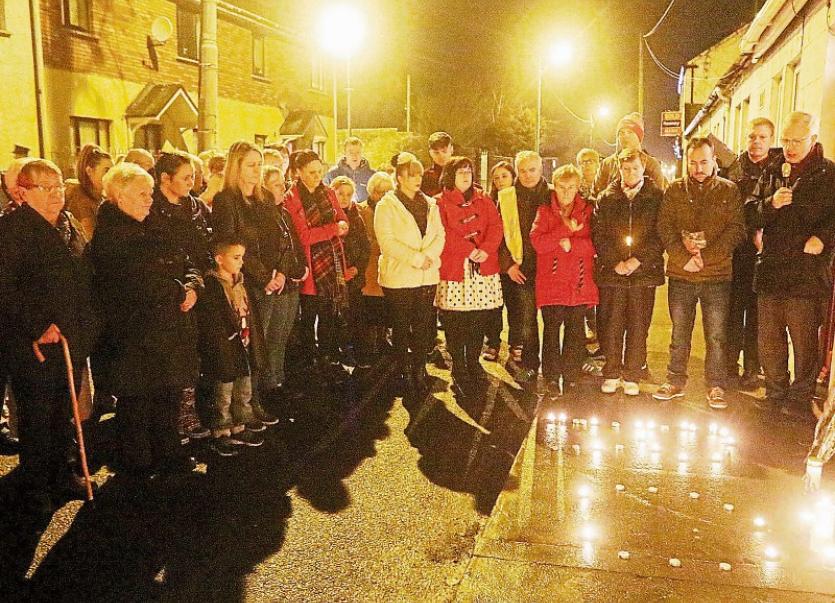 The crowd at a vigil for Rose Hanrahan last Saturday Picture: Brendan Gleeson

TAOISEACH Leo Varadkar has held talks with senior gardai in Limerick over the murder of Rose Hanrahan.

More than a month on from the slaying of the 78-year-old widow in her New Road home, Mr Varadkar has warned if the person or people responsible for the “brutal” crime are allowed run free, they “could do the same to another person.”

“I’m sure we don’t want that to happen to any other member of our community,” Mr Varadkar added.

As the Leader went to press, No arrests have yet been made into the incident – and the Taoiseach has ​urged anyone with information on the murder to assist the gardai.

“I know there is a very active investigation under way there. I’d urge anyone who has any information to come forward. It really was a brutal crime,” he told the Limerick Leader.

The Thomondgate community is living in grief and fear since the incident on December 15.

The Taoiseach’s intervention came just hours before a vigil in the city, where 100 people gathered outside Rose’s home on the New Road for a vigil organised, as neighbour Pat Murphy said: “to pray that the perpetrators of that awful crime would be brought to justice”.

Supt Derek Smart, who is leading the probe into both the murder of Mr Hanrahan and Martin Clancy at Little O’Curry Street on January 7 has this week said that no extra policing resources are required as it’s his team’s expertise which is “driving these investigations on”.

Both investigations remain ongoing. We are preparing a file for the DPP in regards to Martin Clancy, and our investigations are continuing with Rose Hanrahan."

He said that no additional policing resources have been required to assist with the murder probes.

"Within our own resources, we are quite capable of dealing with the matters as they are arising at the minute. The expertise that I have within my own district have, again, been to the fore in both investigations. That expertise is what's driving these investigations on."

In both investigations, an incident room has been set up with a senior investigating officer appointed to oversee the operations.

"We are working as quickly as we can towards the conclusions that everybody wants,” Supt Smart pledged.