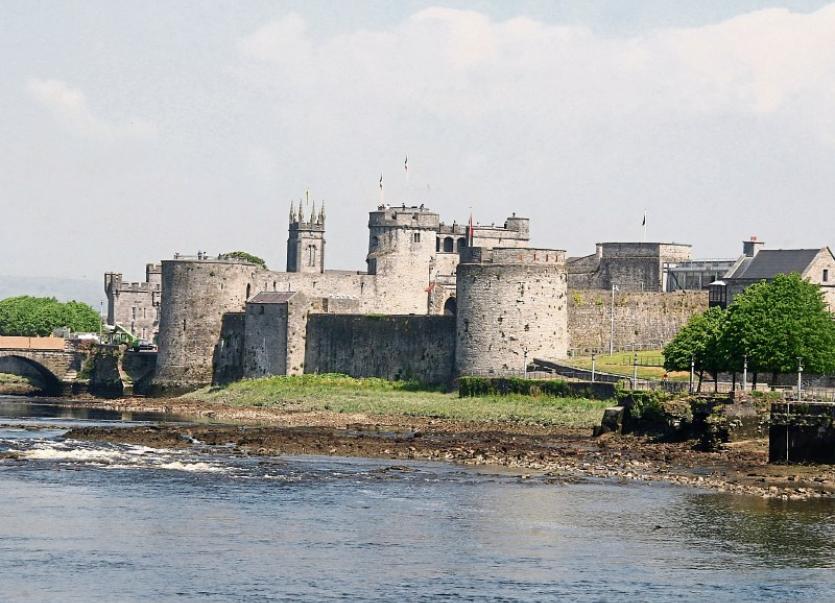 In the council’s tourism and marketing strategy, it said that King John’s Castle attracted 107,076 people from 2012 to 2015 Picture: Adrian Butler

PLANS are in place to boost Limerick’s annual tourism revenue by €100m and to generate more than 1,500 jobs in the sector over the next five years.

This Tuesday, Limerick City and County Council presented its draft tourism and marketing strategy for 2017-2023, to members of the Economic Development, Enterprise and Planning committee.

The main aim of the strategy, contained in a 140-page commissioned report, is to generate €360.6m in revenue, create 1,500 jobs and attract 1.1m domestic and international visitors by 2023.

The report states that the strategy “comes at a time of great optimism and significant transformation in Limerick” and “it is envisaged that Limerick will be internationally recognised as a world class location to visit” by 2023.

The draft strategy states that the council should build on four key themes that drive the local tourism economy.

The themes in focus are “Into The Blue”, which puts emphasises on the waterways on the Shannonside; “Energy Unleashed” which is tailored towards the “social energisers” in local sports tourism; “Alive and Kicking” which will tap into Limerick’s “vibrant art and culture scene”; and “Medieval Strongholds” which looks to expand on the region’s heritage sites.

On built heritage, the reports states that it has “formed a cornerstone of Limerick’s tourism approach”. However, it said that it is “in need of a refresh to meet the changing needs of visitors, bring the experience beyond ‘stones and bones’”.

Between 2012 and 2015, Limerick attracted 1.8m overseas tourists, while Clare brought in more than 2m international visitors.

Though Clare had more overseas tourists, Limerick generated €633m while Clare took in €435m in the same timeframe.

The report states that this may be because of Limerick city’s “role as an important accommodation hub for the Wild Atlantic Way”.

However, the report notes that the rate of domestic visitors falls “significantly short” of the performance of other counties along Ireland’s west coast.

Cork and Kerry attracted more than 3m domestic visitors each in the same timeframe.

The report also states that the average spend of €125 per domestic visitor is “substantially lower” than in other counties.

Of the major tourist attractions in Limerick, the Hunt Museum proves to be the most popular, attracting 108,000 from 2012 to 2015 – 923 visitors more than King John’s Castle, the report states.

Cllr Vivienne Crowley, chairperson of the economic development committee, welcomed the strategy, saying that it “provides an insightful plan to encourage people from Ireland and abroad to consider Limerick as a real holiday destination”.

“Our wide variety of attractions combined with top class hotels and restaurants, and affordable prices across the hospitality sector appeal to many demographic. Capitalising on Limerick's unique riverside position, as well as the wealth of medieval and Georgian history in the city will hopefully encourage more people to stay longer in Limerick.

“This strategy is well thought out and presented in an easy to understand way that shows that Limerick is truly establishing its place as a haven for holidaymakers.”

The report also advises that a “tourism forum” be established among local stakeholders in order to see its delivery.