The Cranberries receive a Royal homecoming back to Limerick in 1993 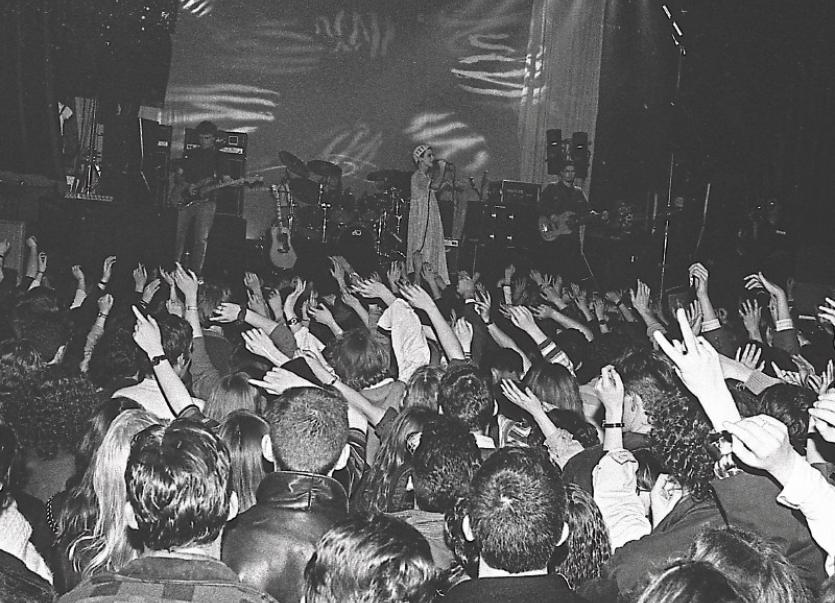 The Cranberries are greeted with cheers on their homecoming gig at a sold out Theatre Royal on Friday, December 17, 1993 Pictures: Limerick Leader

“The first gig, not even their mothers went to it,”  Seamus (Seamie) Flynn chuckled fondly this week.

As the proprietor of the famed former music venue, he remembers well a teenage Dolores before she rose to international stardom.

”It was America that really discovered The Cranberries. Ireland and England followed suit,” he added. 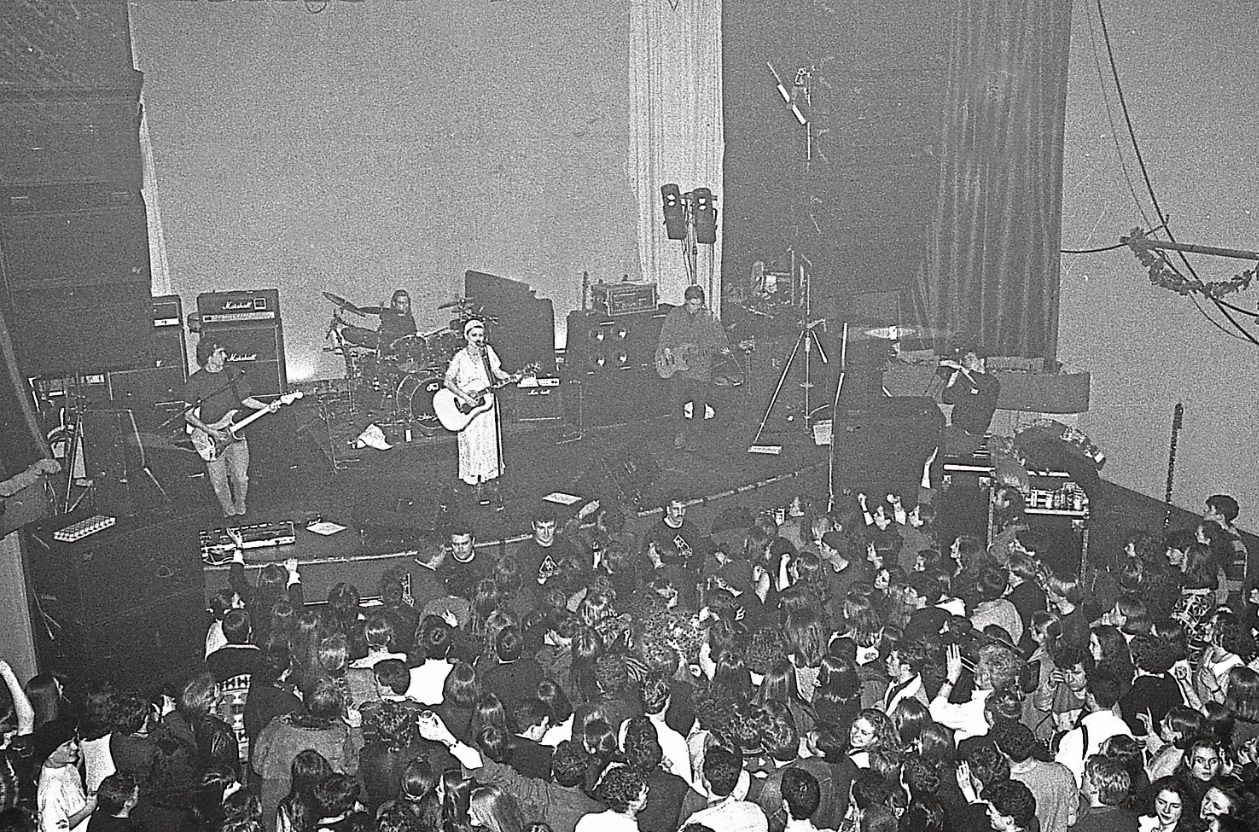 The original singer in The Cranberry Saw Us, Niall Quinn, clearly remembers his first time meeting Dolores. It was through Kathryn Hayes, then a pupil at Laurel Hill Colaiste who went on to work as a journalist at this newspaper, that he first made her acquaintance.

“Kathryn asked me how the lads were getting on, and that was the first thing that came into my head, that they were thinking of trying out a girl. So she said, ‘there’s a girl in my sister’s class at school, she might be up for that’. She got me Dolores’ number, and I gave her a call.”

“Looking back at it now, I’d say the band were auditioning for her as much as she was auditioning for them, because she brought a keyboard with her, she plugged it in, she sang a Sinead O’Connor song I think it was, and everyone was very impressed with the voice.

“By spring ‘91, and I was dropping out of the scene a little bit because I was doing my Leaving Cert, there were A&R men (from record labels) coming over to see them,” Niall added.

At the time, Mike Hogan was 17, while Dolores, Noel Hogan and Fergal Lawler were “around 18, maybe 19,” Niall said. “At that age, to be making those kinds of decisions, is pretty mad.”

Their debut album was launched in Ireland in Empire Records on O’Connell Street, according to Seamie Flynn.

“But nothing happened. The album didn’t sell in Ireland or England. It was only when it took off in America that it started to sell. They were totally taken by surprise. They were touring around Europe supporting Duran Duran and then all of a sudden they had this fella, Denny Cordell, who started pushing their record around the student radio stations in the States because he thought they were that type of grunge band and all of a sudden their record took off. Then they were hauled over to America to do promotion and everything was absolutely crazy. They were only kids at the time.”

After a whirlwind four-month-tour of the States, the band returned home to Limerick to a hero’s welcome in December 1993. Their debut album had sold one million copies within months.

Limos awaited their arrival at Shannon Airport, and Dolores was presented with a massive bouquet of flowers upon arrival. The band now found themselves at the centre of a national media storm.

A reception was staged at City Hall for the band to celebrate their homecoming by then Mayor of Limerick Jan O’Sullivan.

“I distinctly remember walking up to City Hall with Dolores,” Jan told the Limerick Leader. “What struck me was how ordinary and how young she was.

“They rose up so quickly, it must have been a complete whirlwind. She was a really lovely young woman, so unaffected by the stardom that she was in the process of developing that year.

Just two years after performing for 36 people at the Theatre Royal, the band could have sold out three times such was the demand for tickets for their homecoming gig.

“The art college kids made up banners and there was a great buzz around,” Seamie said.

Students from the Limerick College of Art and Design in fact decked out the Theatre with a 42-foot banner they created, wishing everyone a “Cranberry Christmas.”

“The band was very, very young. This was like a lotto win,” he added. “They come back from America and you’ve security now minding them around the streets of Limerick. I mean, I saw them at one stage going off around Europe in the back of a transit van, sitting on tyres!”