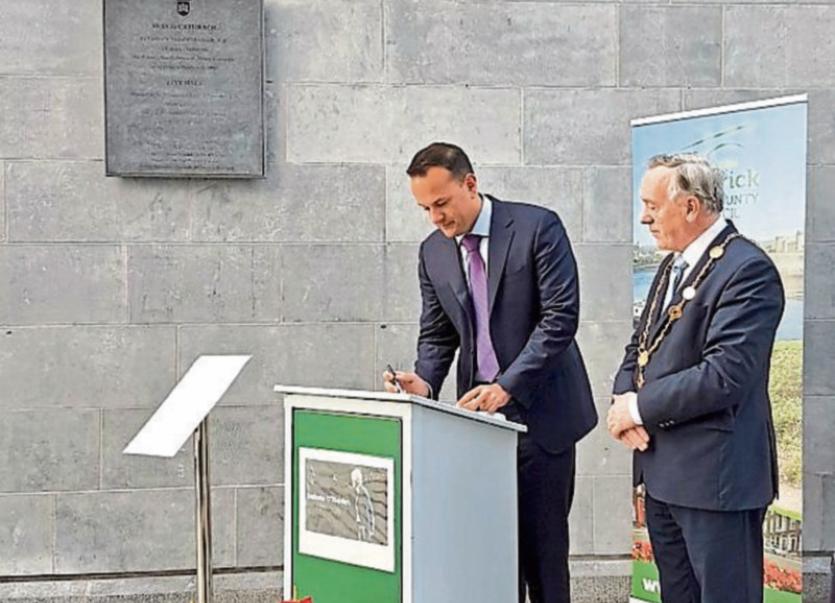 TAOISEACH Leo Varadkar has hailed the late Dolores O’Riordan as ‘a very special artist’ as he took time on his Limerick visit to sign the book of condolence in her name.

Speaking to reporters this Friday, he said: “I was a little ahead of schedule this morning, so I stopped off at Limerick City Hall to sign the book of condolences.

“She (Dolores) was a great Limerick woman from Ballybricken. But also somebody who affected a lot of us who grew up in the 1990s. She wrote part of the soundtrack for our generation. I remember going around the world, and you could be almost anywhere, be it Egypt, you name it, and Dolores would come on the radio. She was a very special artist.

“I've never had the opportunity to meet her, or hear The Cranberries live. I regret not having had that opportunity. But thankfully we have a lot to remember her from,” he added.

An Taoiseach taking time out on his visit to Limerick to sign the book of condolences for Dolores O'Riordan @campaignforleo @stephenkeary #DoloresORiordan pic.twitter.com/6m9YVLP9f8

The taoiseach was in Limerick this Friday to attend a jobs announcement at Plassey firm H&MV engineering, as well as a number of other engagements.