'She was one of our own': Limerick councillors pay tribute to Dolores O'Riordan 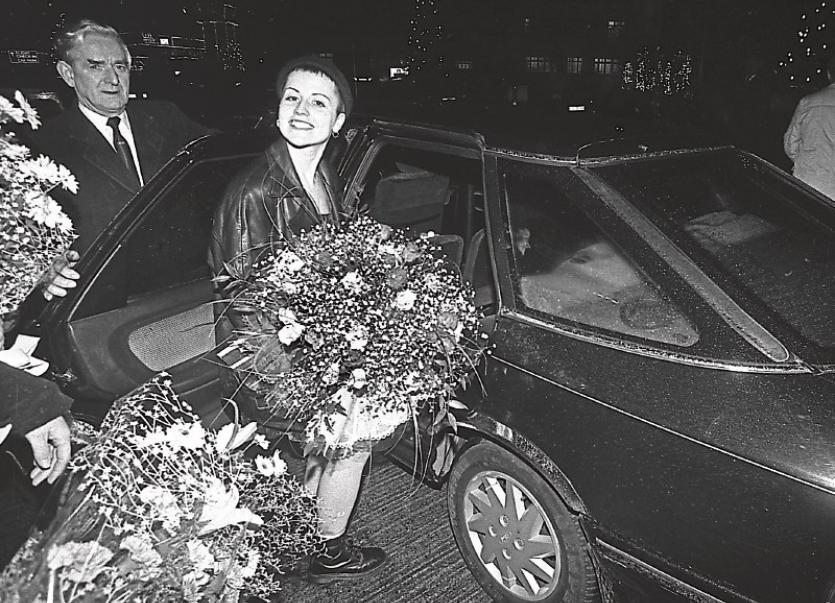 Dolores arriving back from the US to Shannon Airport in 1993 Picture: Limerick Leader

COUNCILLORS who represent the area where the late Dolores O'Riordan was from in Limerick paused for a minute’s silence at a meeting as a mark of respect to “one of our own”.

Chairman of the Cappamore-Kilmallock municipal district, Cllr Gerald Mitchell, said Dolores, who was from Ballybricken and passed away suddenly on Monday, “never lost her roots”.

"My family originated there. Cllr Brigid Teefy still lives there. Cllr Bill O'Donnell represented her. Dolores came from humble beginnings and origins and from a nice, respected family. She never lost her roots. She was a Limerick woman through and through," he said.

"She had a unique voice and was an iconic figure not just in Limerick but nationally and internationally," said Cllr Mitchell.

Cllr Teefy said Dolores was a local girl with millions of fans.

"She was only 18 / 19 when she started with The Cranberries. They were a phenomenal success, selling over 40 million records. She had a beautiful and unique voice.

"Despite all the fame she was a regular visitor home and was there very recently. She is a huge loss to her family and our deepest sympathies, thoughts and prayers are with them. The world has lost a huge talent," said Cllr Teefy.

"We are related a long way out. She is a massive loss. For a career and life to be cut short at such a young age..." said Cllr Sheehy.

Cllr Eddie Ryan said Dolores "was one of our own".

"She was an amazing talent," he said.

Cllr Mike Donegan said the Craberries' lead singer is a tragic loss to her family and County Limerick.

"Dolores lived here in Kilmallock in Riversfield for a number of years. She was very well received," said Cllr Donegan.

Cllr Bill O'Donnell, who legally represented Dolores, said she was a rare talent from a very young age.

Cllr Noel Gleeson, who expressed his sympathies, said while he didn't know Dolores, he knew her late father and knows her mother.