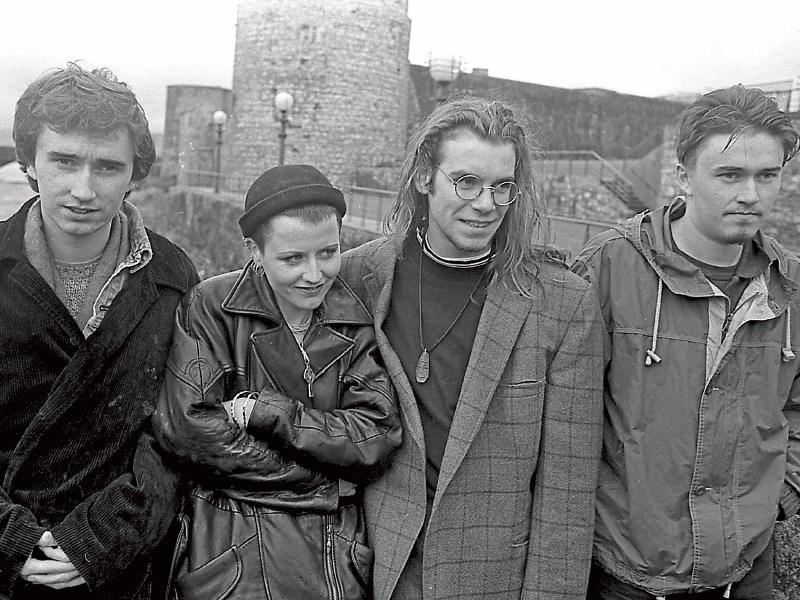 The Cranberries in Limerick in 1993: Noel, Dolores, Fergal and Mike at a civic reception in their honour Picture: Limerick Leader

DOLORES O’Riordan’s friend and songwriting partner of 29 years, Noel Hogan, has said that The Cranberries “are all still in shock and finding it really difficult to come to terms with her sudden death”.

Hogan, guitarist and co-songwriter with Dolores in the band, told the Limerick Leader: “As co-writers, Dolores and I worked incredibly closely over the years and we were looking forward to much more of this.

“She was such a creative force and she should have had many more years left to share this talent. We had some amazing years together, touring the world and meeting extraordinary people.

“Even though she has been out of Ireland over the last few years we were in regular contact. I will miss the phone calls, emails and the songs she used to send me.

“Myself and the lads are so happy we got to play the last few shows with Dolores in 2017 and will always have these memories,” added Noel of last year’s album Something Else, which featured a reworking of some of their biggest hits, recorded with the Irish Chamber Orchestra (ICO), along with three new songs.

They played gigs in Dublin, Belfast and London but were forced to cancel a series of European and North American dates last year due to Dolores’ 'ongoing back problem'.

The cancellation would mean no hometown show, which was very much in the works before the back injury, for which she had treatment in the city.

Promoter Mick Dolan, who books the King John’s Castle venue, acknowledged that it would have been the “perfect place” for a series of gigs for the band. Instead, the one and only major gig The Cranberries played in Limerick following their reunion in 2009 after almost seven years ‘on hiatus’ is a short set at the Special Olympics opening ceremony in Thomond Park in June 2010.

There, O’Riordan owned the stage as she performed to thousands of fans and spoke to the Leader beforehand of her delight at performing in her home city. 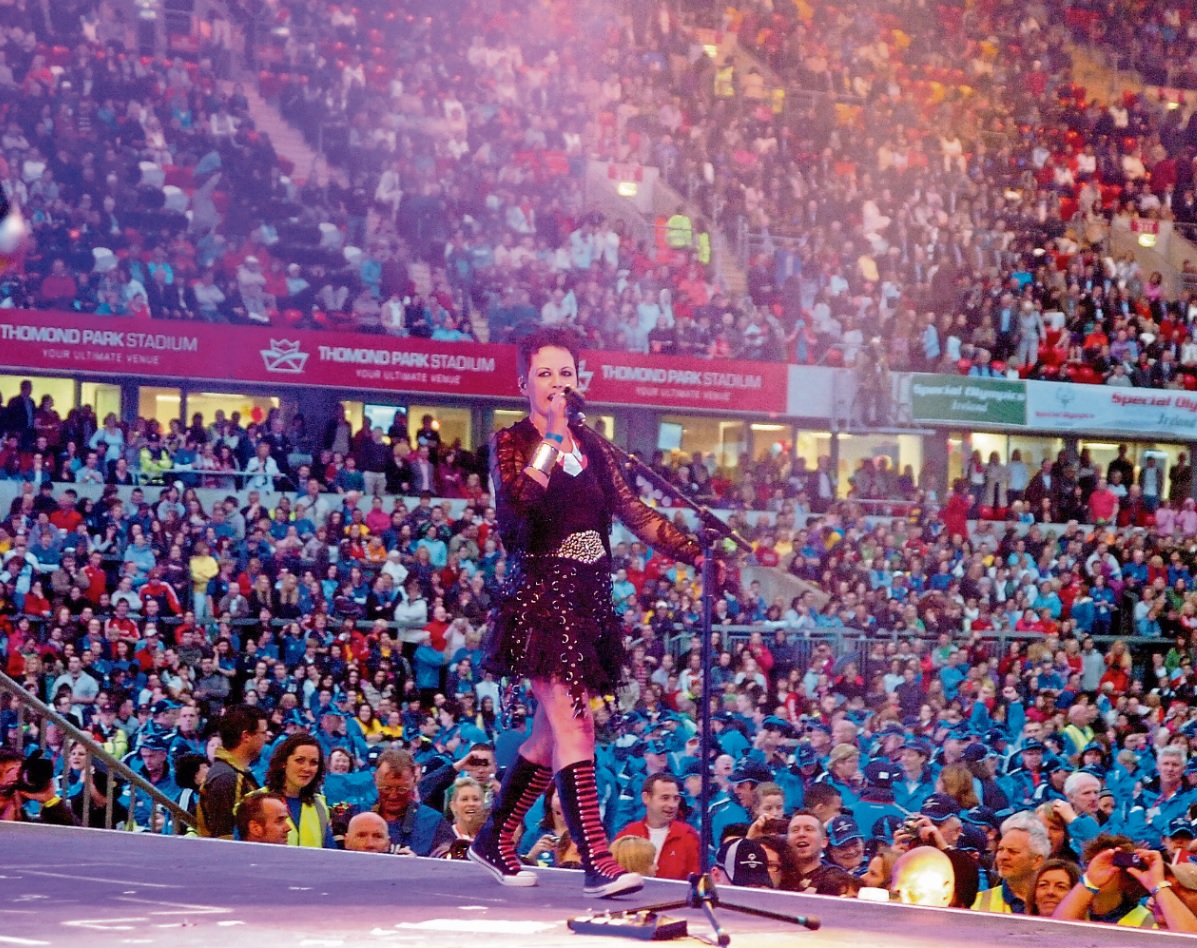 They would later take new album Roses, the first since 2001’s Wake Up and Smell the Coffee, on a huge world tour, yet did not play in Ireland.

While Dolores performed at the City of Culture opening ceremony at City Hall on December 31, 2013, it was without her bandmates and instead with members of the ICO, whose marketing manager said this week were “deeply saddened” to learn of Dolores’ death.

“We were delighted to perform with the Cranberries on their unplugged album, Something Else, last year, and regularly hosted the band in the ICO studio here in UL,” said Charlotte Eglington.

“Dolores was a gentle, unassuming person with a warm sense of humour and our musicians really enjoyed working with her. She is a huge loss to Limerick and the international music industry – a rare gem, a bright star diminished all too soon.”

The Cranberries, also consisting of Mike Hogan and Fergal Lawler, formed in 1989 with singer Niall Quinn, who was replaced by Dolores a year later. Debut album Everybody Else Is Doing It, So Why Can’t We? was a slow burner, becoming a hit in the US before anywhere else.

They would go on to sell around 40 million records. 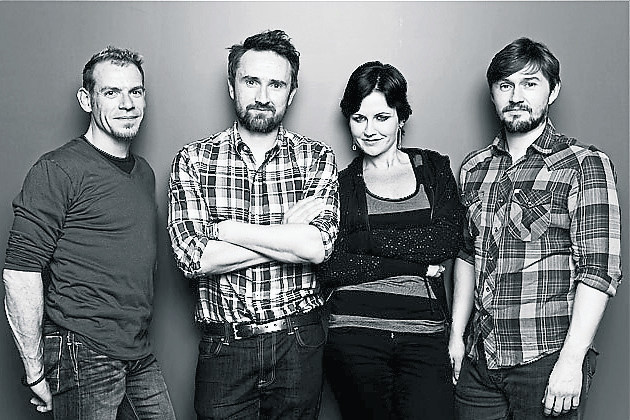 The Ballybricken native was just 18 when she joined the band, and said in an interview last year: “I was an innocent eighteen-year-old, as well. I was not a mature one. I was more like a fifteen-year-old.

“I was probably very lucky that the songs got to be so successful but it also had its down sides, like growing up in the public eye. I didn’t have a normal transition from high school into college or the real world. It was heightened. Success was overwhelming to me, really. And when you become successful at that level you’re so busy working that you don’t have any time to look at it and work out what it is you are going through.”

Of song writing, the former Laurel Hill Colaiste student said: “I started pretty young, writing songs. I was maybe 12. I had no idea why I did it; it was just something within me that wanted to get out.”

She suffered well documented issues, including battles with her mental health, and was before the court in 2016 due to an incident relating to a so-called air rage incident at Shannon Airport - charges which were later struck out without criminal conviction after the mother-of-three paid €6,000 to charity.

Speaking as she left Ennis District Court in February 2016, Dolores said: “I don’t really have much to say, just that I’m glad it’s over.

“I want to thank the doctors that helped me to get back to my health mentally. I’m very good today, very positive about this coming year. I have a couple of albums coming out and I’m going to go back to work.”

Based between New York and Ireland in more recent times, Dolores had recently worked on a new collaboration with The Smiths’ bass player Andy O’Rourke and New York DJ and producer Olé Koretsky called D.A.R.K, releasing an album called Science Agrees in September 2016. 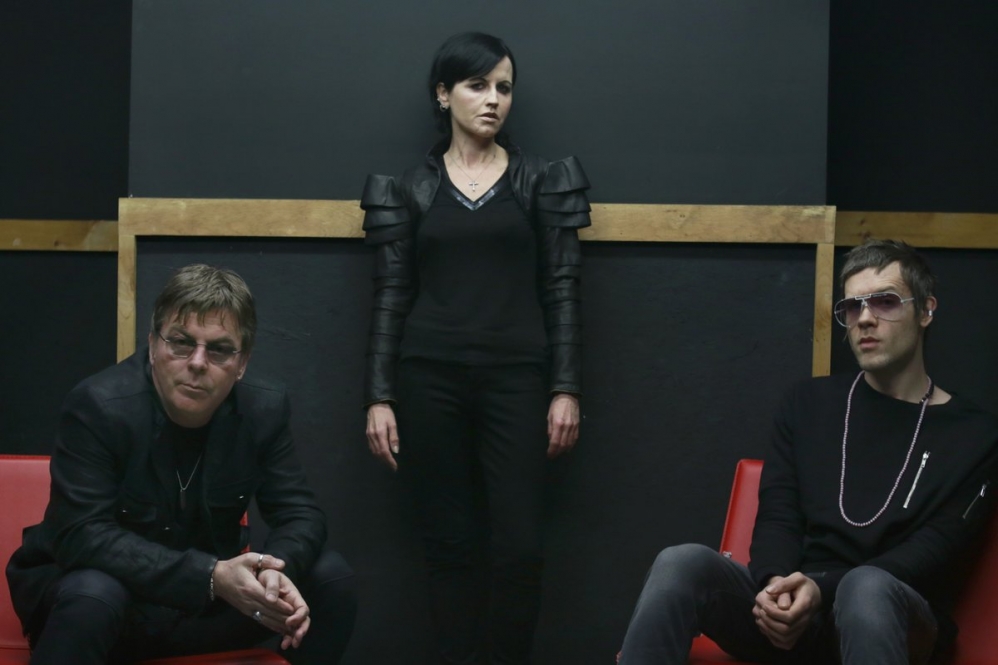 Ahead of the tour that would later be cancelled last year, The Cranberries had started rehearsing quietly in Dolan’s Warehouse at Mick Dolan’s invitation. He said this week he was “utterly shocked” at news of Dolores’ death.

“She was so talented, she was brilliant, there is no doubt about it,” he said. “She was quiet and shy but when she got on stage, she took it over and she used every inch of it.

“They came to the Warehouse last year and in an ideal world we would have them play in the castle, it would have been the fitting place for them to play and a fantastic event in their home city.

"It didn’t matter where you went, they were huge all over the world. They didn’t get it here, because they didn’t go around like they were the big rock stars, they went around like normal people and that was a testament to them,” he added.