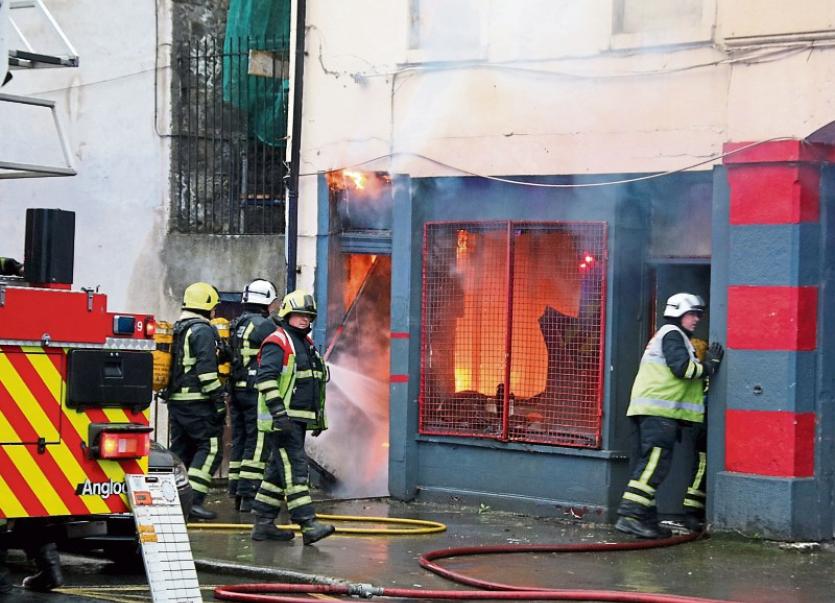 A LARGE crew of fire fighters are at the scene of a building in Limerick city that has been engulfed in flames this Wednesday afternoon.

#LIMERICK Emergency services dealing with fire on Catehrine St. Use alternative route as smoke may be affecting visibility. https://t.co/ipFDM8svNY

Limerick Fire Service was alerted to a large building fire on Catherine Street at 4.03pm and immediately dispatched three units to the scene.

The building is adjacent to the former Desmond Arms pub.

As of 4.20pm, plumes of thick grey smoke continued to blow through Catherine Street, Mallow Street and Glentworth Street as a dozen fire fighters prevent the fire from spreading.

It is understood to be vacant.

Crowds of concerned onlookers watched on as fire fighters activated the water hoses to quench the flames belching out of the building.

It is not known, as of yet, what caused the building to set alight.