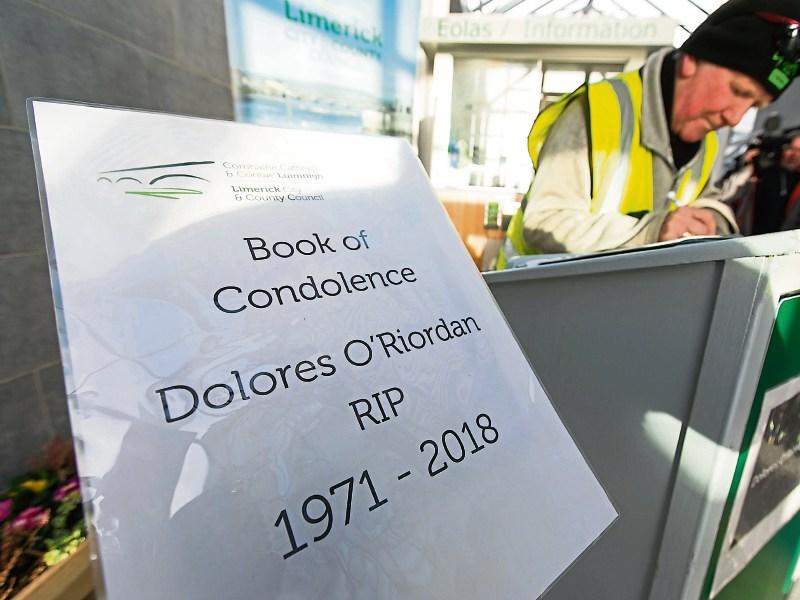 A Book of Condolence opened for Dolores O'Riordan as Limerick pays tribute to the Cranberries singer and below, Laurel Hill principal Aedin ni Bhriain and pupils Picture: Oisin McHugh

LIMERICK is tinged with "sadness" following the sudden death of Dolores O'Riordan, the mayor has said, as mourners gathered at Merchants Quay this Tuesday morning to pay their respects to the rock star.

“It’s a day of mourning and a day of sadness for Limerick,” the Mayor of the City and County of Limerick Cllr Stephen Keary said, speaking at the opening of a book of condolence for Dolores at Limerick City and County Council’s corporate headquarters.

“My condolences go to her family, her mother and her brothers and her children.”

“It's a sad day because Dolores was an iconic figure. You didn’t have to be a rock fan to listen to Dolores, she appealed to everyone.”

“The richness of her voice meant so much. She was heard and known worldwide and she will be sadly missed,” he said of the diminutive rock star, who passed away suddenly on Monday in a London hotel.

One of those who came to sign the book and pay their respects was principal of Dolores’ former secondary school Laurel Hill Colaiste FCJ Aedin Ni Bhriain, who is also a past pupil of the school.

“As are my sisters who would remember Dolores well," she said. "They were in the school at the same time and she was heavily involved in music.

“She asked the school choir to come back and sing at her wedding when she got married some years later so she maintained the links with the school.”

“She was always proud of her roots and of Limerick and of being a past pupil of our school. We’re here today to remember her fabulous talent and express our sympathy to her family.” 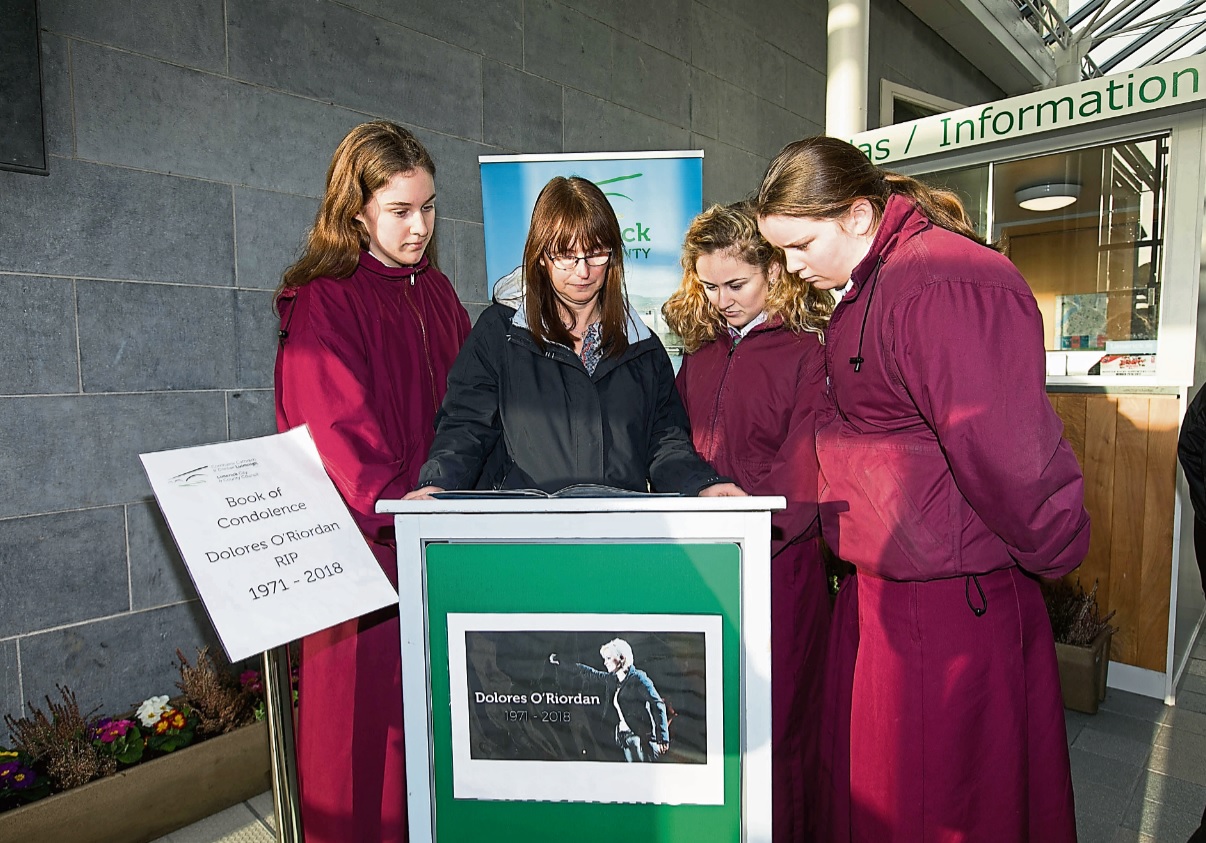 “We were very shocked to hear about Dolores,” fan Noreen Burke from Ballysimon told the Limerick Leader.

“Her music and her voice were absolutely beautiful. So sad, so young then as well.”

Meanwhile, police in London have confirmed that the 46-year-old's sudden death at the Hilton Hotel on Park Lane on Monday is not being treated as suspicious.

The Metropolitan Police said after a preliminary investigation that her death was not being treated as suspicious and the case will be handed over to the coroner's office.