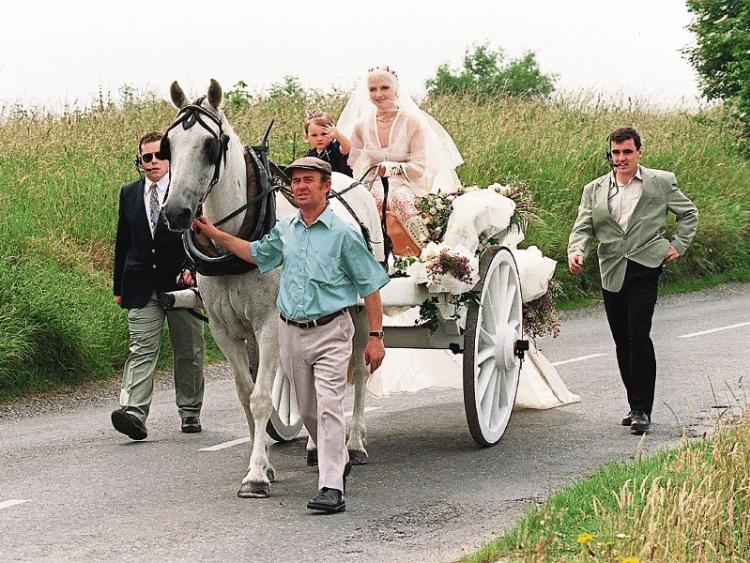 Dolores arriving to her wedding at Holycross Abbey in County Tipperary in 1994 Pictures: Press 22

HOW many people can say that they have a piece of Dolores O’Riordan’s wedding veil?

Back in the summer of 1994 under clear blues skies the lead singer of The Cranberries arrived at Holycross Abbey in County Tipperary wearing cream knee high boots, lace tights, a transparent and very risque wedding dress and sporting bleached blonde hair.

This reporter was one of those “nosey wedding watchers” standing in the lawn of the Cistercian monastery to see how rock royalty tie the knot. And I have to admit it was the most rock-star thing I had seen in my sheltered 13 years.

My own mother hails from Holycross so it was decided that we would make a day off it - take the trip from Kilmallock to the County Tipperary village, meet the family, and while we’re there pop into the Abbey to catch a glimpse at what was billed as the rock wedding of the year.

Security men with mouth pieces, standing at each side of a towering floral archway at the main entrance, prevented us gaining access to the church, and, as a result, I along with a handful of young ones, went around the Abbey going from window to window to sneak a glimpse of the famous couple.

The arched window at the back of the altar proved the best viewing point for a five-foot nothing teen who was after getting a leg up from her older sister.

I could make out the tiny frame of the beaming bride Dolores perched on one chair, and beside her, her soon-to-be husband, a much bigger figure - dressed in snakeskin and leathers.

It’s 23 years ago, so the exact details of how we passed the time for the rest of the ceremony is a bit of a blur - but I know we sat with other Cranberries fans and Holycross locals, among the daisies, waiting for the I dos to be done.

What I will never forget however, is Dolores and Don emerging from the Abbey to hop on board a majestic horse and cart, Don taking the reins in his hands and giving them a whoosh, prompting the horses on their journey out the main gates and out onto the road. 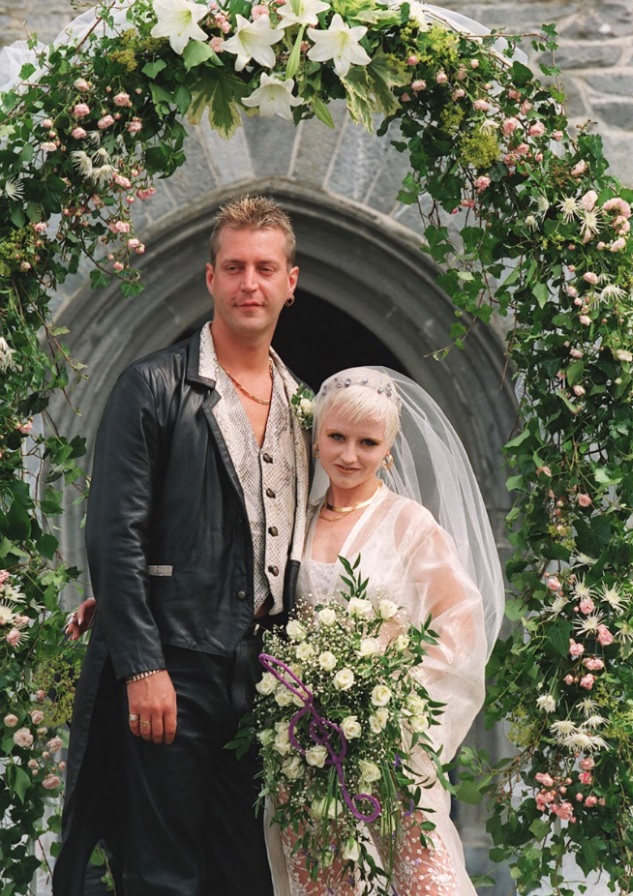 Nothing would do my sister and I but to join the 10 or so youngsters running after the horse and trap. As the two white horses picked up speed, so did we, and in the midst of the jigs and reels, I remember Dolores throwing back some of her lavish veil and she settled herself in the cart. The next thing I remember is having a huge handful of the mesh lining of the veil in my small sweaty hands.

To say I was chuffed is an understatement.

I rang back to my mother like I had just won the EuroMillions. I remember the local radio station playing one of The Cranberries biggest hits, Dreams, on the local station on the way home to Kilmallock and I singing along thinking I was Dolores herself. And so began my love of The Cranberries.

To this day the mesh lining remains in a Benetton bag in a wardrobe at my parents home in Kilmallock.

As luck would have it a number of years later, Dolores moved to Riversfield Stud, Kilmallock less than a quarter of a mile from my own home. One evening my mother met Dolores’ mum Eileen (who moved into a quaint cottage beside Riversfield Stud to help Dolores raise her young children) on a stroll near her home and nothing would do my mam but to tell her of the wedding veil tale.

Rather than being annoyed, Eileen loved the story and on hearing what a big fan of The Cranberries I had become, she gave my mam the DVD of Dolores’ wedding to watch.

From sneaking a peek through the arch window of Holycross Abbey, here I was now sitting in my front room, watching Dolores and Don dancing their first dance on a black and white chequered floor at Aherlow House Hotel. I distinctly remember one of my favourite Cranberries songs, Dreaming My Dreams, being played.

Dolores resided in Kilmallock with Don and her young family for a number of years. If school friends were staying over it was always a bit of a selling point to tell them I would bring them for a walk past Dolores’ house. During the summer, Don and other family members could be seen cooking a barbecue inside the lodge at the stud’s main entrance.

In recent years I have kept up contact with Dolores’ mum Eileen and was saddened to have to report on the breakdown of Dolores marriage to Don as well as the death of her father Terry and to report on an air rage incident which was heard in Ennis courthouse in 2016.

I finally got to meet Dolores around five years ago in the Hamptons restaurant in Limerick city, in, where else, but the ladies toilets. Dolores was at the sink rubbing at what appeared to be clingfilm on her arm. A tad starstruck, I gave her a nervous shy in the mirror to which she explained, without prompt, that she was after just getting a tattoo and was making sure it was setting OK as it was a bit sore.

There were no airs or graces, just one Limerick girl talking to another.