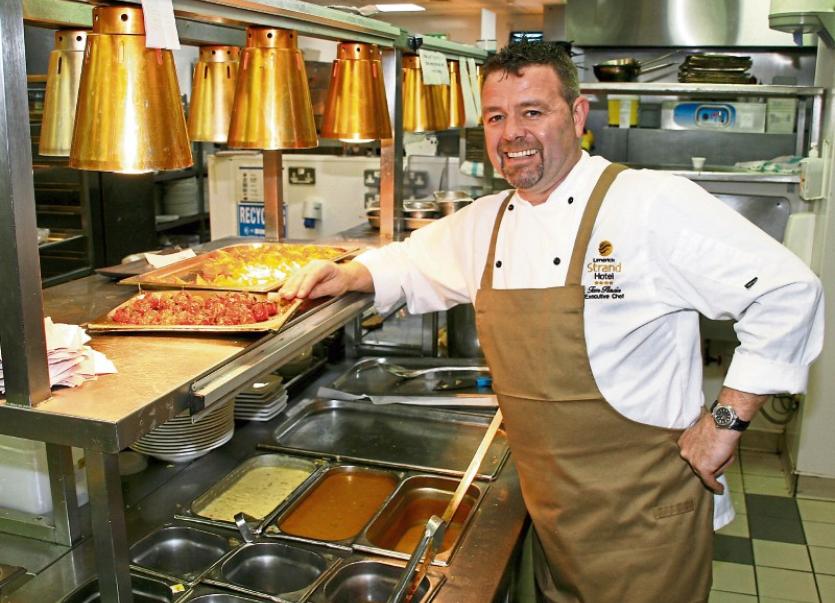 ONE of Limerick’s top chefs has said that no-shows for dinner reservations are 'killing trade' for smaller restaurants in the city.

The Restaurants Association of Ireland has called on restaurants nationwide to ask for a non-refundable deposit when a customer makes a booking in order to combat no-shows.

Unexplained cancellations are damaging restaurateurs across the country, the association has warned.

Executive head chef at the Strand Hotel, Tom Flavin told the Limerick Leader he “absolutely” supports the idea behind a deposit scheme.

“I’ve seen how much of it happens in the industry and it's just crazy in the last few years.”

“There are certain names that you probably would recognise and there are certain people who do book three or four restaurants on a Saturday night and then decide on which one to go to and just don’t have the decency, I suppose, to cancel with the other restaurants.”

“We’re busy all the time anyway in the hotel. So a table of 10 won’t make a massive difference to the hotel but it's what's killing the smaller restaurants.

“They are buying extra food, (bringing in) extra staff because they are expecting to feed 100 people.”

“A hundred people for a small restaurant is a lot. If they happen to do only 80 on that night, that's a lot of money they had planned for.

“If people don’t turn up there’s a huge knock-on effect.”

There are exceptions and genuine cases, he added.

“I love to go out for dinner, but there’s been many times that we have to cancel last minute because of the babysitter or because of whatever reason, it has happened myself.

“As long and you call the restaurant and let them know you can’t make it, they’re all very reasonable, a lot of restaurateurs. They’re not there to catch people out.”