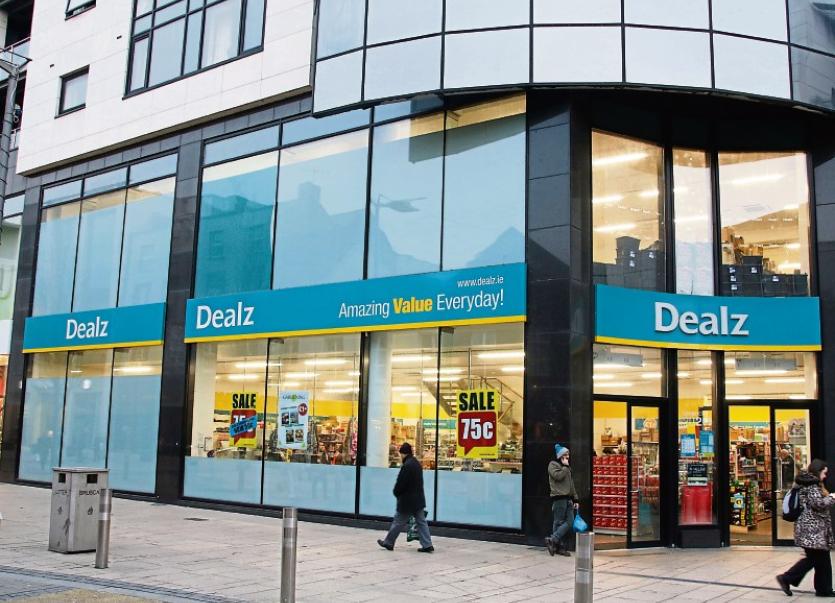 Judge Marian O’Leary was told the offending signage has now been removed from the Dealz store Picture: Adrian Butler

LEGAL proceedings initiated against discount retailer Dealz over unauthorised signage at a Limerick store have been struck out.

Limerick City and County Council began the legal action more than a year ago after the company’s failure to remove large posters from the windows of its city centre store.

Planning Inspector Pat Campbell told Limerick District Court the prosecution against Dealz Retailing Ireland Ltd, under the provisions of the Planning and Development Act, related to a prominent building at the junction of Bedford Row and Henry Street.

The 9,000 square foot store which extends over three floors opened in May 2016. Prior to being leased by Dealz, the premises was previously occupied by clothing retailer Pamela Scott.

Mr Campbell said after receiving a complaint, he inspected the store in May 2016 before sending a warning letter to the company in July 2016.

Judge Marian O’Leary was told after an Enforcement Notice, requiring the company to remove the signage, was served on the company on October 14, 2016, an application for retention (of the signage) was lodged with the local authority.

That application was subsequently refused and an appeal to An Bord Pleanala was refused in July 2017.

In its decision, the board stated the “scale, design and quantum on the building frontage would be excessive in terms of visual clutter” and that retention of the signage would “seriously injure the visual amenities of the area”.

During a hearing before Christmas Mr Leahy told the court the unauthorised signage was in breach of regulations which state posters should not be more than a quarter of the window size.

Updating Judge O’Leary last  Friday, Mr Leahy confirmed the offending signage has now been removed from the premises and that the local authority is satisfied the terms of the Enforcement Notice have been complied with.

The solicitor asked that the proceedings against Dealz be struck as the company has discharged the Council’s costs relating to the case.

The company was not represented in court.