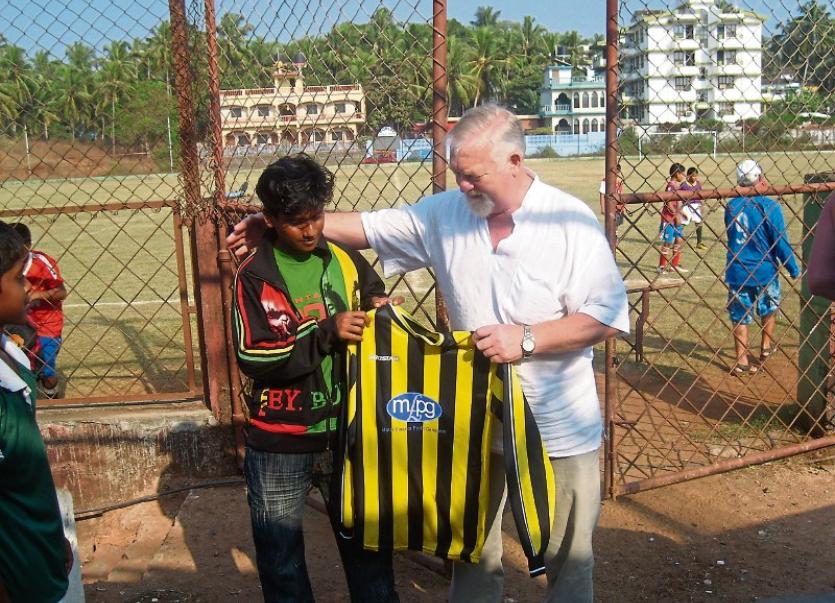 A COUNTY Limerick man’s kindness brings the phrase “one man’s trash is another man’s treasure” to life.

Mike Condon and his wife Joan will be heading off to India in the coming weeks to deliver clothes and footwear to orphans and street children.

It will be the eighth year in a row that the couple teamed up with other generous men and women to deliver the presents.

Mike, from Pallasgreen, said the children have “nothing”.

“They live in cardboard boxes on the side of the road,” said Mike.

He is appealing for people to drop in unwanted Christmas presents or clothes to the Limerick Leader. Mike will then ensure its next stop is India.

“I would love to have them. Sports tops, trainers, shorts, football boots, T-shirts – anything like that. Children might have outgrown their current clothes and got new ones for Christmas or they might have got gifts they don’t want.

“There could be a bag of clothes they want to get rid of. It is all welcome,” said Mike, who is a well known character and community man. He was Bruff RFC’s very first hooker and in his garden grows a variety of trees from peaches to kiwis.

He covers the cost of the travel expenses to India.

“Everything is paid for out of my own pocket,” said Mike.

He and Joan link up with others who also bring kit.

“There is an English policeman and his wife, nurses, carers, all private citizens,“ said Mike, who already has four boxes sent to Asia.

And when the street children or orphaned boys and girls receive the gifts he says their faces light up.

“It is like all their Christmases have come at once,” he smiles. Mike can be contacted through his Michael Condon Facebook page.