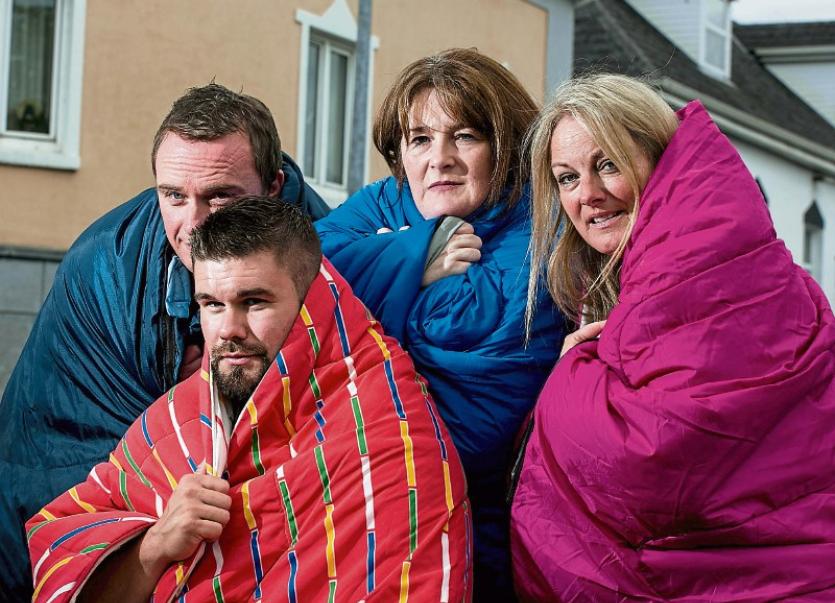 AN INCREASE of over 35% in the demand for services from the Simon Community in the Mid-West confirms that homelessness has reached “its greatest ever crisis in the region”, the Limerick-based charity has said.

Announcing regional activity levels of the charity for homeless people in 2017, Mid-West Simon Community CEO Jackie Bonfield called for the government’s designated rent pressure zones, which restricts the level of rent increases allowed, to be extended to the region.

Ms Bonfield was speaking ahead of the charity’s first fundraiser of the New Year, the Nollaig na mBan gathering in the five-star Savoy Hotel this Saturday.

Women from across the region will gather on the official final day of Christmas for a special afternoon tea treat and will get to hear from one of Ireland’s best known businesswomen, guest speaker Rose Hynes, Shannon Group chairman.

“Make no mistake about it, homelessness is at crisis levels in this region,” said Ms Bonfield.

“It absolutely got worse in 2017 as the percentage increase in supports we provided to homeless people last year was in the late 30s and the sad reality is the bulk of it came through issues arising with private rented accommodation.

“That’s why we are calling for the rent pressure zones to be extended. The fact that Limerick, Clare and North Tipp are not among the designated Rent Pressure Zones means that there is a carte blanche for landlords to increase rents here. It led to a big increase in the number of families here no longer being able to afford their accommodation.

“Not alone has Dublin benefited from the rent pressure zone designation, there was also millions pumped into solving the problem in Dublin and there has been a stabilization there. That’s a positive but it shows what money can do. We need the rent zones extended to the regions and we need money pumped into creating solutions here, just like in Dublin. Until then the problem will just continue.”

Regarding the Christmas period, Ms Bonfield said: “Generally, things were a lot better here this Christmas as the City and County Council did a great job in getting accommodation for families who are living in hotels that closed for the Christmas period. They arranged for families to take them in for one or two nights and they went back to the hotels when they reopened.

“Saturday’s Nollaig na mBan event is a very important fundraiser and given the increasing demand for our services, we really need to dig deep. But that aside, it will enable us keep the conversation going around homelessness. We have to keep this issue on the agenda and are asking for as many as possible to attend.”

Over the 12 months, Mid West Simon Community acquired an additional 24 properties to house individuals and families; opened Limerick’s first Family Hub, which accommodates 10 families; and has provided over 55 tonnes of food throughout the region to approximately 5,000 people.

Each month, 18 pallets of branded basic staples - such as pasta, rice, cereals, cooking sauces, tinned products, tea, coffee and sugar - are delivered for distribution to registered service users who have requested support to augment their weekly grocery shop.

Mid-West Simon supports 2,000 people weekly with food aid across the region and is the second largest distributor of the FEAD programme in Ireland.

It also piloted a program in co-operation with the Department of Social Protection and EU funding where it provided valuable school supplies and hygiene supplies to over 3,000 school going children throughout the region.

Tickets for Saturday’s event are €35 each and people wanting to attend are asked to call 061 603 240 or visit eventbrite.ie. Tables of 10 are available for groups.

Guests will be welcomed on arrival with a champagne and music reception at 2.30pm, allowing time to browse the boutique stalls on show and maybe even make a much deserved Nollaig na mBan purchase before settling into the special afternoon tea and address from Ms Hynes.