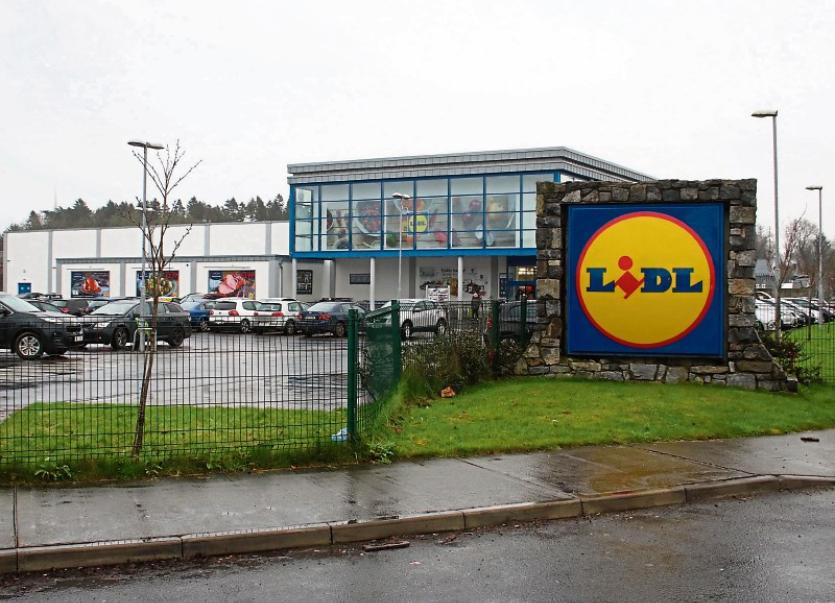 Lidl was planning to build a new store adjacent to its current unit at the Dublin Road, and convert that into a leisure centre

LIMERICK council planners have rejected Lidl’s bid to build a new store on the Dublin Road.

The discount retailer had applied to the local authority to construct a store adjacent to its current outlet in Castletroy, in a move which would increase its trading space to almost 2,000 square metres.

It was then seeking to change the current use of the existing Lidl store into a leisure centre, which be subdivided into two units.

But planners have rejected the proposals over traffic concerns, and the impact it could have on trade in the city centre.

To accommodate this, Lidl was seeking to expand its car parking space to 271.

In a submission to the council, the firm said its plans would “future proof the retail operability of this location, with particular regard to staff and customer welfare facilities.”

Lidl also pointed out its plans would mean an “additional community and recreation focused resource”.

“It is considered these objectives will reinforce existing synergies between the subject site and the adjacent district centre [Castletroy Town Centre] contributing to its vitality and viability,” documents said.

But council planners rejected the blueprint on two conditions.

One of these related to the fact the development would see more traffic on what they say is already a “heavily trafficked regional road”.

The rejection on this basis was welcomed by Cllrs Michael Sheahan and Joe Pond.

Cllr Pond also voiced his concern on the impact a Lidl expansion would have on other local retail jobs.