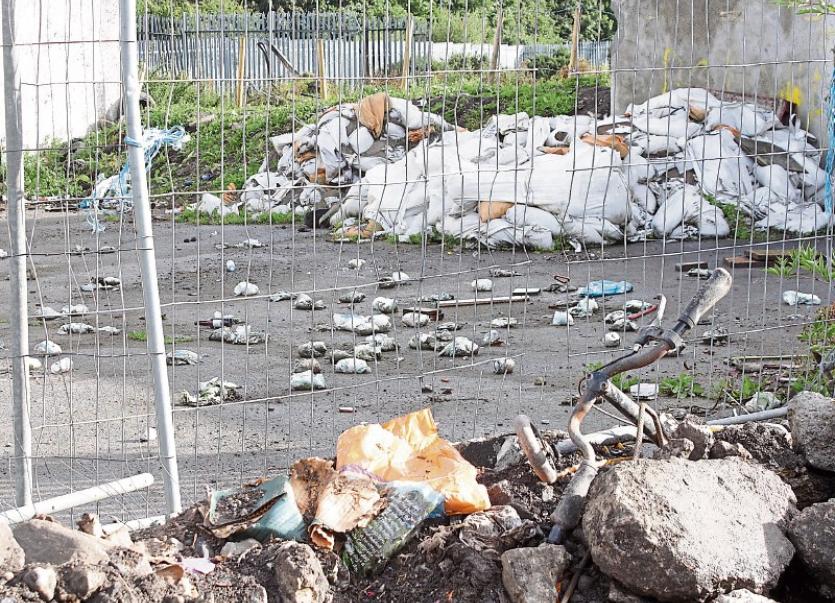 The An Taisce inspectors were severely critical of the Galvone Industrial Estate, and alleged illegal dumping at the back of the park

LIMERICK has regained its rating as being ‘Clean to European Norms’, a new survey has revealed.

The Treaty City is up nine places in the twice-yearly Irish Business Against Litter (Ibal) anti-litter league, going from being ‘moderately littered’ to having a clean designation.

There is mixed news elsewhere in the city, with the southside suburb of Galvone rock-bottom of the table of 40 towns and cities across Ireland, an area considered ‘seriously littered’.

On the northside, Thomondgate, making its second appearance in the Ibal league, has fallen three places to 19th, but remains ‘Clean to European Norms’.

Local activist Sarah-Lee Kiely of Janesboro, said regrettably that it was hard to disagree with the inspectors from An Taisce, appointed by Ibal, about Galvone.

“It’s merited, unfortunately. I passed young people on the street yesterday, and they just think it’s okay to drop litter. A lot of household dumping takes place near Tesco. You’d be horrified if you saw it today.” she said.

It is the third survey in a row that Galvone has been bottom of the league and the inspectors said: “It suggests the City Council are not getting to grips with the litter problem in the area”.

“A corner house at the entrance to Carew and Kincora Estate was used as a dumping ground,” the inspectors added.

However, the report had praise for Kennedy Park, affording it a grade A, saying it had an “excellent environment in terms of presentation and lack of litter. Not only was there an absence of litter in the area surveyed but the grounds and equipment were very well maintained and very fresh in appearance.”

In the city centre, a number of notable streets achieved the top A grade. They include O’Connell Street, Thomas Street, Glentworth Street and Catherine Street. Notably, no areas in the city centre dropped below grade C level.

Ennis, Kildare and Roscommon are in the running to top the league, with the result announced at midday this Wednesday.