'The show will go on': Panto resumes at Limerick's UCH after injury 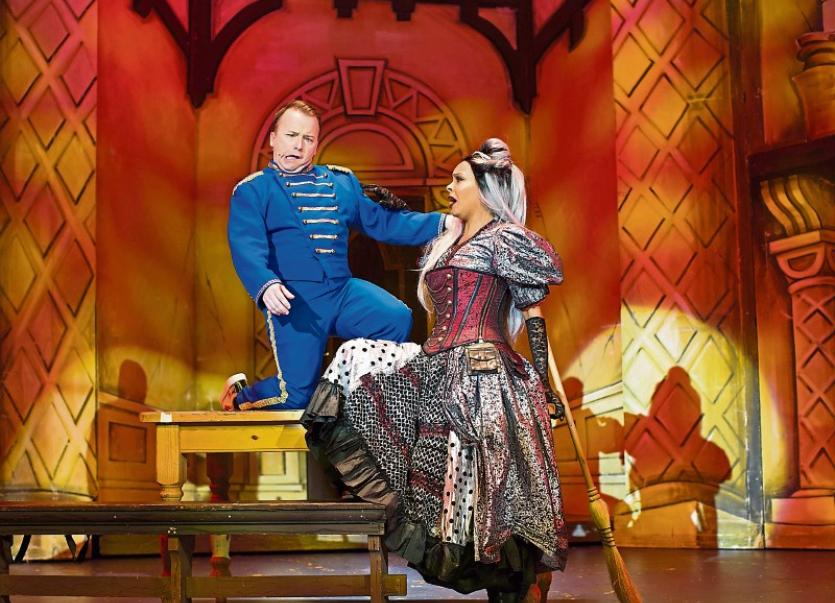 Richie Hayes and Samantha Mumba in action in the UCH panto Cinderella, which resumes this evening Picture: True Media

THE show goes on at Limerick's University Concert Hall after the Cinderella panto was cancelled on Monday evening after a star suffered injury.

Monday evening’s performance was cancelled due after panto star Richie Hayes, aka Buttons, sustained an injury.

It is understood that Mr Hayes injured his leg during a show.

Delighted 2 say @richiehayes2012 is back in action 2day! We r working hard to look after all those affected by yesterday's cancellation and hope everyone still gets to enjoy #Cinderella #Buttons #TotalPro #BackInTheSaddle #WinkyWonkyDonkey pic.twitter.com/XqGaY5IWaL

A UCH spokesperson apologised to Monday night’s audience, promising that Mr Hayes would return to the stage as soon as possible.

“Sincere apologies are extended to (Monday’s) audience for the disappointment caused but being the true pro that he is, Richie will be back on stage (on Tuesday) and all remaining shows will go ahead as planned.”

Mr Hayes will make his return to the stage on Tuesday evening as planned and all remaining shows at UCH will go ahead.

UCH has offered audience members affected by Monday night’s cancellation a refund or the chance to reschedule.

Cinderella completes its run on January 7, after opening on December 18.