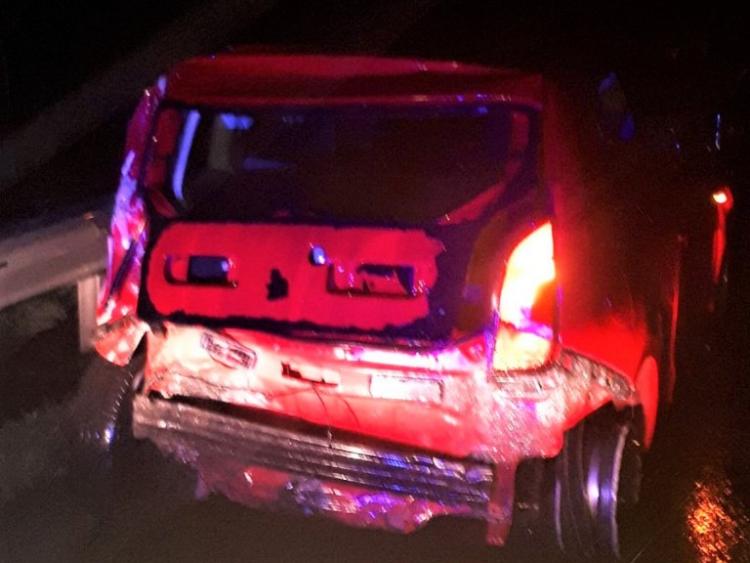 The car that was stopped on the M18 motorway Picture: @GardaTraffic

GARDAI have stopped a virtual wreck of a car that had been involved in two previous collisions on the M18 motorway.

Ennis Traffic Crops stopped the car - "if you can call it that", gardai said - which was missing a tyre and had been heavily damaged, apparently in a previous incident.

It was being driven by a motorist that had been involved in two collisions and kept driving, gardai said.

The driver had "no licence, no insurance and also failed roadside drug test", according to the @GardaTraffic account.

Gardai said: "Big day out in court to follow."

Ennis Traffic Corps stopped this car (if you can call it that) on the M18. Driver had been involved in 2 collisions & kept driving. Driver had no licence, no insurance & also failed roadside drug test. Big day out in court to follow. pic.twitter.com/qth3DKKCUa