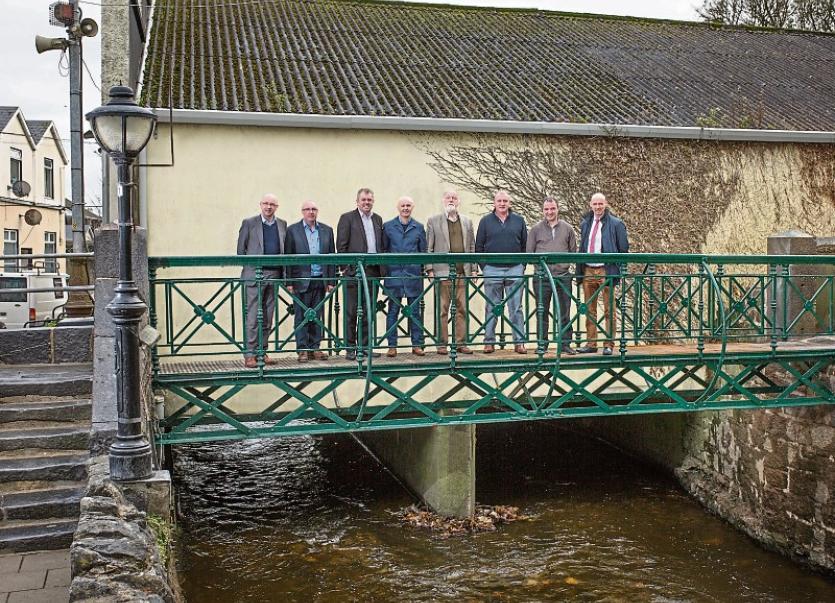 THE plan to develop a €1.4m Regional Athletics Hub in Newcastle West has moved another step closer to reality.

Just days before Christmas came confirmation that the project is to receive €96,500 in funding from the government under the Sports Capital Grant Regional Scheme. And in the same week, Limerick City and County Council, which is backing the project, published the planning application for the project.

“I am absolutely delighted,” said Jim Galvin, chairman of the steering committee which has spearheaded the project.

He and his committee are also extremely pleased that Limerick City and County Council is fully committed to the project.

“Without their support and the support of the councillors in Newcastle West we wouldn’t be talking about this now,” he added. “It is going to be a huge asset for the region and for West Limerick.”

“We are happy. This is going to move the project on another step,” Cllr Michael Collins, chairman of the Newcastle West Municipal District said. But he warned: “We can and we will be going back knocking on doors for funding.”

The original proposal put forward by the steering committee in 2015 had the backing of over 40 local schools with over 2,000 pupils and also had the support of other stakeholders including Limerick Community Games, Special Olympics and the disability/special needs sector.

A feasibility report carried out on behalf of Limerick City and County Council in 2016 estimated the athletics track would serve nine athletics clubs and would have over 6,000 potential users by 2021.

“It is a win-win for everybody,” Mr Galvin added. “It is going to sort out a problem for the athletics family who rely on other clubs for facilities. And it will draw a lot of activity to Newcastle West.”

Earlier this year, approximately nine acres of land for the Athletics Hub was acquired on the Newcastle West to Dromcollogher road and the project’s backers hope to begin work in 2018 once planning permission has been successfully obtained. The Part 8 planning application lodged before Christmas is for an 400metre eight-lane synthetic track with floodlights and a walking track around the perimeter.

The application also includes a viewing canopy, hard and soft landscaping, a parking area and a temporary building for toilets and equipment. A more extensive dressing and changing room block is envisaged at a later stage. There are to be two access points to the hub, one from the Dromcollogher Road and a second from the Bruff line.

The Newcastle West facility is expected to operate along the lines of similar tracks in Ennis or Enniscorthy.

The plans for the hub can be inspected at County Hall, Dooradoyle or in the Council Offices, Newcastle West Submissions can be made by members of the public to the Planning and Environmental Services Department, Limerick City & County Council Offices, Dooradoyle Road, Limerick up to 4pm on Monday, February 12.