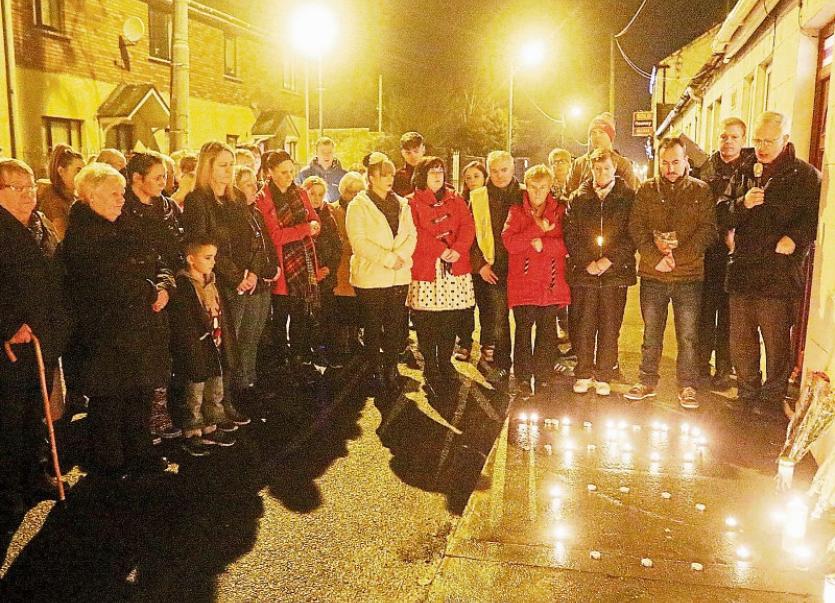 Neighbous gathered outside the home of Rose Hanrahan on Thomondgate's New Road to remember the popular pensioner PICTURES: BRENDAN GLEESON

THERE was a large number of people were in attendance at a vigil this Saturday night to remember murdered Limerick woman Rose Hanrahan.

Just hours after the popular 78-year-old was laid to rest, a crowd gathered outside her home in the New Road at Thomondgate, where she was killed last week.

Organised by one of Rose’s neighbours, Pat Murphy, he urged everyone to bring a candle to remember the popular pensioner.

These candles were placed on the pavement to spell out Rose’s name, while flowers were also left at the sombre event. 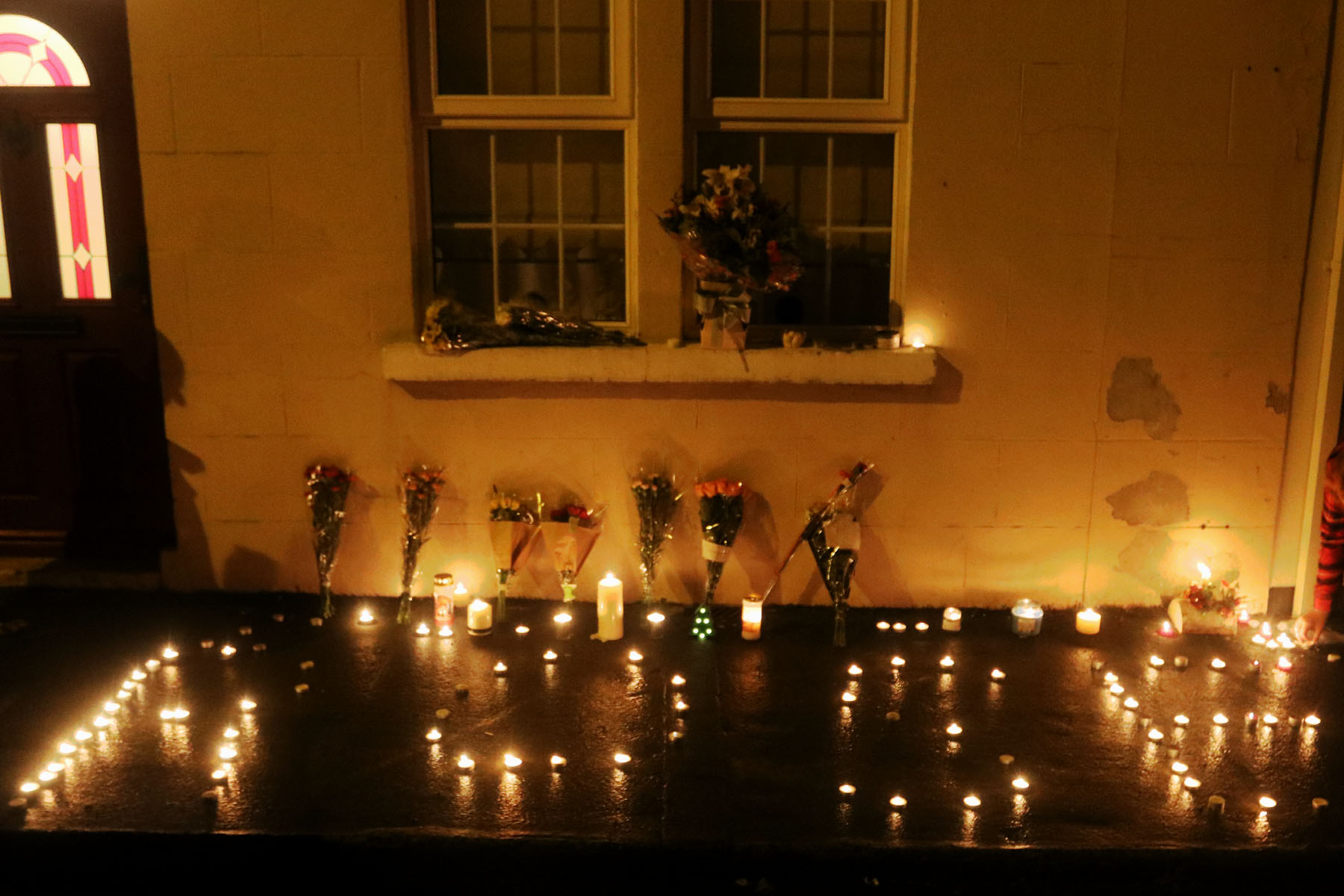 “I got the feeling it could bring a bit of solace to the residents. A lot of residents are very upset that they could not make the funeral. This is why I decided to hold a prayer vigil,” Pat said.

The “heartwarming and emotional” event, Pat added, was led by local parish priest, Fr Donal McNamara while members of the community gardai at Mayorstone station also came out to show solidarity.

Pat said he had sought the support of Rose’s family before holding the vigil, adding they were in full support of it.