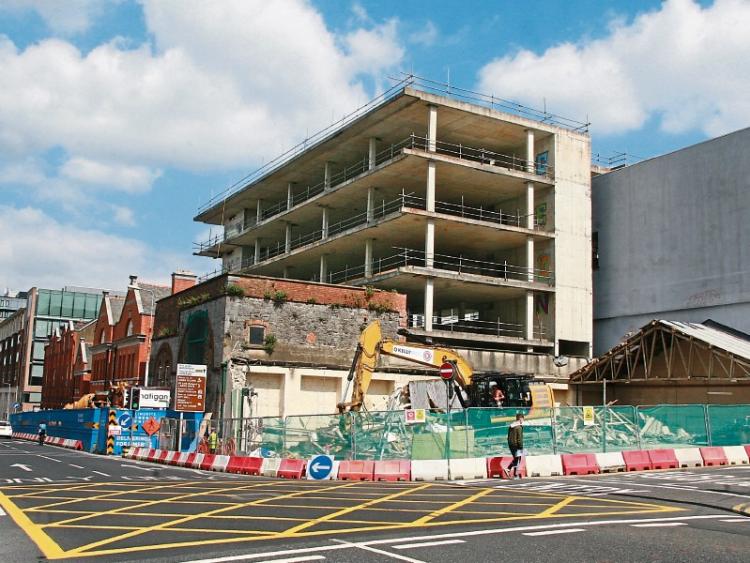 LIMERICK’s star continued to rise this year in the commercial property sector with millions of euro worth of developments getting off the ground.

While the city’s flagship public schemes, Project Opera and Gardens International – which broke ground in May – dominated the headlines, a number of key private developments also went through.

The indications are these projects will contribute to the continued jobs renaissance Limerick is experiencing.

DNG Cusack Dunne has reported a strong year in the commercial office sales market, with the key employment hotbed of the National Technology Park providing a platform for a notable sale for the firm this year.

The former Accutron building, which extends to around 13,500 square feet, was recently sold for in the region of €900,000, with its new owner actively seeking tenants.

Mark Cusack said: “Limerick is ramping up the supply of grade A offices in attracting new business to the area, and so far have been successful with winning over such prestigious names such as Northern Trust and Uber.”

On the retail front, Gordon Kearney, Rooney’s Auctioneers reported enquiries in this sector were up in 2017.

But rather than traditional retail, it is cafes and restaurants which are the order of the day.

”Online has obviously had an effect on the traditional retailer. Online is growing year-on-year. Also, the Brexit effect is still causing concern for some traditional retailers expanding. The reason a lot of people say this is because their supply chain is traditionally through Britain,” the auctioneer said.

This is borne out by the number of new pubs opening – with Catherine Street and O’Connell Street home to new businesses.

“If you picked up the Crescent and placed in Patrick Street, the place would fly,” he said, “There are incentives out there to develop Georgian buildings back to residential. That hasn’t been happening. There needs to be increased tax breaks for people. There are some out there, but they’re not sufficiently strong enough to entice people to refurbish.”

“Fitted office space in particular attracted good demand with office rents increasing in the region of circa 10%. While the retail market also started to move during 2017, with many of the empty shops in the city centre now filled and the regeneration of the Castletroy Shopping Centre,” he added.

With the bounty of jobs these new office developments are expected to bring, the big question remains: where are people going to live?

Mr Kearney backed calls to have housing in Project Opera, as well as stronger tax incentives for developers to convey some of the city’s Georgian infrastructure.