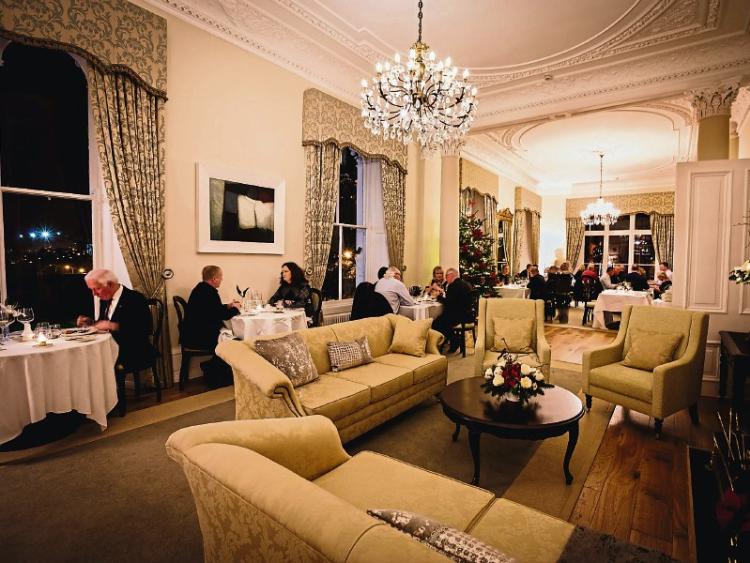 WHEN the Limerick Food Group briefed the Council’s economic and future planning committee recently, one local representative had a novel idea to help promote the city as a food destination.

To enhance Limerick’s tourist appeal, Fianna Fail’s Cllr James Collins suggested a “city of gastronomy” designation should be sought from UNESCO within the next two years.

Noting the lack of fine dining in the city, however, Cllr Collins added that corporate business had to go to Adare if they wanted to entertain guests in style.

One or two local establishments might raise their eyebrows at this, but the councillor’s point is a fair one; as Ireland’s third city, Limerick is clearly lacking in fine dining restaurants.

But if local food lovers feel they are in the dark at the moment, a new dawn is breaking in the east with an ambitious partnership in the University of Limerick.

Quietly opened for a month now, The East Room, under the direction of head chef Derek Fitzpatrick, has been working out of Plassey House to change perceptions about fine dining and Limerick. 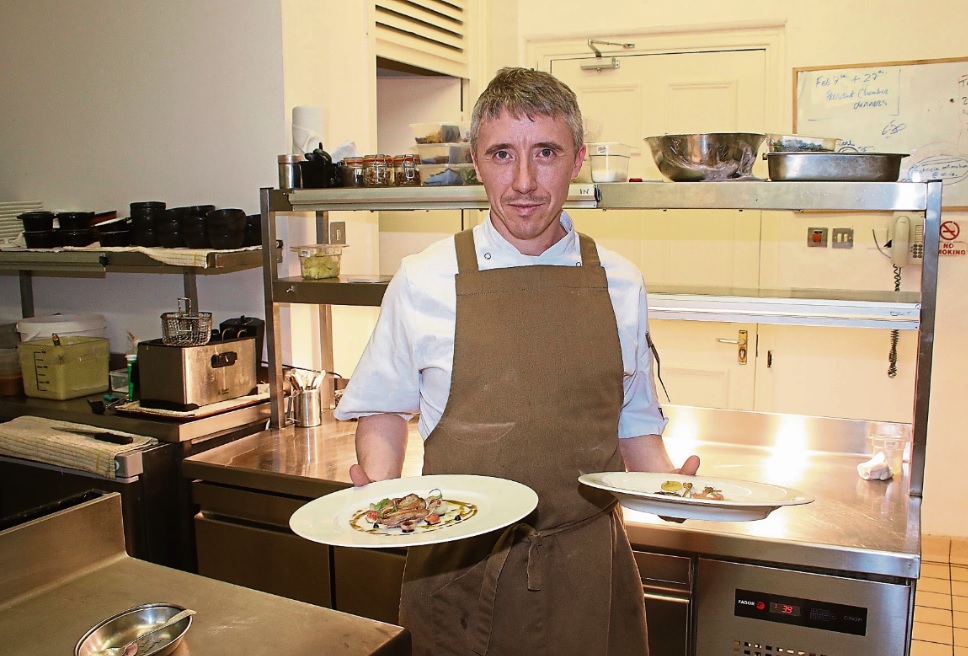 A striking Palladian-style villa, Plassey House stands out in its antiquity amid the modernity of UL’s campus, sitting at the end of a sweeping drive, looking out on a fountain and manicured lawn.

As a setting for a high-end gastronomic experience, it lacks nothing. Home to part of the university’s art collection, and the location of the president and his staff, it is a prestigious focal point on campus. And its atmospheric east room, having been the formal dining room of Plassey House for more than 200 years, has a long pedigree of fine food.

For chef Derek, a native of Murroe, it offers the chance to distil the experience of his adult life in kitchens into his own enterprise and, he says, to push his boundaries.

From modest beginnings in the business, as a kitchen porter with Campbell Catering in Dell in 1999, his career in cookery has grown and evolved at a number of postings.

And, like many of us, it was the mammy that set him on this road. Unbeknownst to her son, Mrs Fitzpatrick sent his CV off to Dromoland Castle, who offered him a spot as a commis chef and so his career path was lit.

It was a very good place to start and, while there, he supplemented his experience with a diploma in culinary arts from LIT.

Stints in the Cherry Tree in Killaloe, Les Gourmandises in Cork and The Treasury in Limerick city were followed by a short but instructive spell in Connemara.

There, at Screebe House, he felt the influence of chef Damien Ring’s Michelin-starred experience and the techniques he picked up in Galway are finding their way onto his inventive menus in the East Room.

Techniques like fermentation, for example are applied in the kitchen by Derek and his sous chef Shane Redfern, who he describes as a “great asset”.

“We have fermented carrot on the menu,” he says, “which preserves the ingredient and enhances the flavour, so rather than have a carrot puree, we try something like this with belly of suckling pig, roast scallop and pickled ginger, and it’s delicious.”

An appreciation for the art of foraging was another thing he took from Connemara - from beaches, hedgerows and woods alike.

Most chefs will emphasise the importance of fresh local produce and it doesn’t get much fresher or more local than going out to pick the wild ingredients in your surroundings to incorporate into the menu.

In fact the campus has already yielded plenty in that respect.

“There is something satisfying about bringing these unexpected things to a menu you’ve created yourself, something you haven’t bought. We’ve been foraging for mushrooms in UL and come up with great variety,” says Derek.

“We’ll be looking for wild garlic there in spring and before we opened we were foraging for elderberries which we pickled and have on the menu now in a dish with Sika venison, smoked beetroot and salsify.

“I like to try new things and bring a different experience to the customer. It’s my place now, so I’m looking to spread my wings, let people know what I can do and make the most of what we have here.

“We source the best ingredients possible, as local as possible and people can be assured of quality, but we’re conscious of people’s budgets too, so the prices are fair and there are different options to suit.”

Enticing snacks like Crispy Kale with oyster emulsion and duck heart donuts are an added bonus on the a la carte menu and an indication of Derek’s intentions.

“I just want to cook good food and make sure people are happy. And if you push yourself and make an effort I find people appreciate it.”