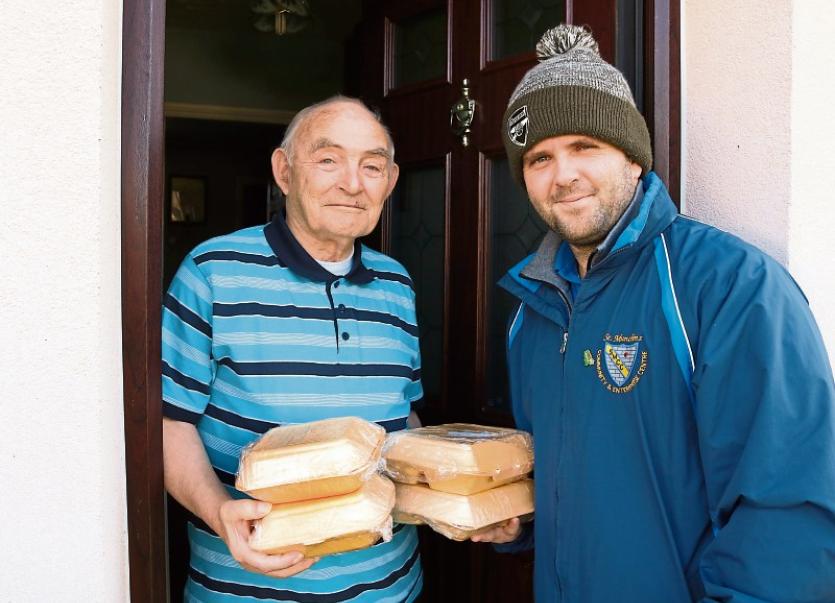 WHILE Christmas is a time of year for families to get together, to eat, drink and be merry, there are increasing numbers of older people waking up on December 25 to an empty house.

During the festive period, while enjoying our Christmas dinner, we might often forget those who are home alone, not fortunate enough to have a family to spend the season with. The searing pain of loneliness is coupled with concerns for the safety of vulnerable old people.

But each Christmas Day for the last number of years, an unsung group of good Samaritans from Kileely have been delivering meals on wheels with a smile and a few moments of friendly company to those who need it the most.

Some 65 deliveries are made on Christmas Day.

“Certain people out there would have nobody to turn to. We assemble on Christmas morning and cook up a turkey dinner with all the trimmings,” says Ennis Road native Liam Galligan, who co-ordinates the Meals on Wheels programme at the Age Friendly Campus in the former St Leilia’s primary school, linked to the nearby St Munchin’s Community Centre. 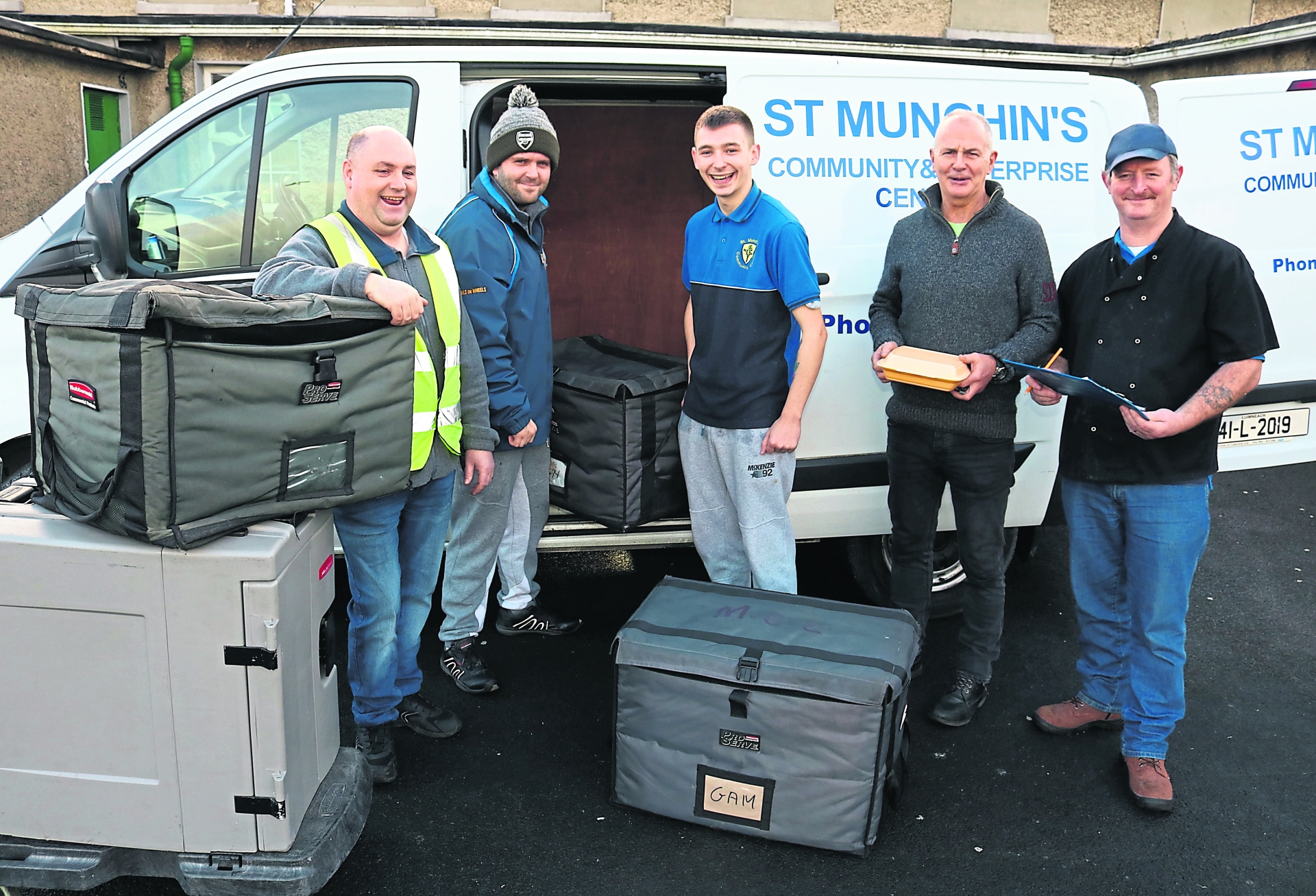 And it’s not just the northside the group deliver to, with people alone on Christmas day across all parts of the city. From Corbally to Mungret, the white vans delivering food will be on the road this Monday.

But it’s not only Christmas Day as Meals on Wheels delivers across the city six days a week for the rest of the year as 155 people across Limerick get a visit from the team in St Munchin’s.

Fifteen staff members swing into action each day. Three vans spin out daily - one at 11.15am, a second at 11.30am, and a third at midday.

The Limerick Leader joined up for the final journey, serving the areas closest to the northside community centre last Tuesday.

As well as much needed nutrition and social contact, Meals on Wheels serves another purpose.

On the menu today is a choice of homemade steak and kidney pie, or beef and vegetable stew.

“There’s a secondary thing that when the same lad is delivering to the same person all the time, they build up a relationship with them. Our customers rely on the lads. They know they are going to call at a certain time. There is this social interaction, and they mightn’t see anyone until the following day,” Liam said.

This regularity ensures and is timely given fear levels increasing in the community following the tragic murder of 78-year-old Rose Hanrahan. The meals on wheels staff can detect if there is something wrong, Liam adds.

“We always have a second contact number, be it a niece or nephew, to check on them,” he said. “People are extra cautious now, particularly the elderly if they are by themselves. It’s terrible to have that fear there.”

It is the responsibility of Pa O’Halloran, of nearby Farranshone, to cook the meals and lead the team on the road.

He said: “It’s nice to be able to look after the old folk. I get a lot of satisfaction from the work. These people, some of them really would have nobody. It makes you go home at night and sleep a lot easier.”

At the first home we visit, 89-year-old Breda Hogan’s face lights up when Pa and his team arrive at her home in Hogan Avenue.

“They are so important. If it wasn’t for the centre, I don't know what we would do really. I know all the lads, they are used to me,” she said.

Luckily for Breda, she will be spending Christmas with her son and his family in Ardnacrusha.

“They have just built a new house. They have two kids, and they are all excited for Christmas,” she smiles, “But the only problem is Santa cannot come down the chimney, as it’s a big bungalow! So he will have to come through the front door.”

Sadly, Claude Nihill, 78, of Hennessy Avenue, is not so lucky. For the second year in a row since his wife Catherine passed away, he will spend Christmas alone.

The only thing he is looking forward to is a visit from meals on wheels.

“I feel very lonely. But when they come along, I feel less alone. As for Christmas Day, I will be sitting down and watching my television,” Claude says.

Since the murder of Rose Hanrahan last weekend in Thomondgate, Claude says he has been extra vigilant to make sure his doors are locked at seven o’clock each night.

“No-one, no matter who they are can come in at that time,” he said. “You’d be frightened. Especially around here.”

But in a sign of how good-natured the northside community is, Linda Ledger, the manager of the St Munchin’s Community Centre, has revealed she has sadly had to turn away 30 volunteers who wanted to help delivering meals on Christmas morning.

This is due to health and safety regulations around working in a kitchen environment.

“A lot of the volunteers ringing in are people who are working all the time and want to, over Christmas, give something back. And it’s just unfortunate we cannot accommodate them all,” she said.

Linda does not advertise the Meals on Wheels service on Christmas Day, instead linking in with local priests and community leaders to find out who is truly alone, and could use a helping hand.

One thing is for sure - every home the team visits come Monday will really benefit from it.