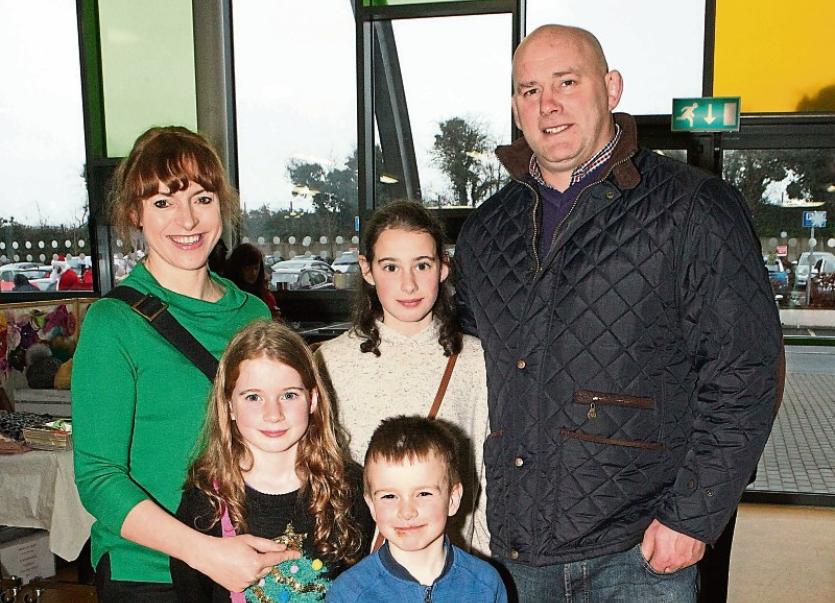 ANYBODY driving past Scoil na Trionoide Naofa in Doon on Sunday would have thought they had their days mixed up as the school was a hive of activity.

The secondary school hosted their inaugural Christmas fair. It was inspired by a farm they have started on the grounds to help reconnect pupils from non-farming backgrounds with natures and animals. Indeed, it was like a scene from a stable in Bethlehem with cattle, lambs and donkeys on display.

Teacher James O’Brien, who set up the farm with the support of principal, Eilis Casey, said it was a day to remember.

“The Bull Hayes turned on the Christmas lights at 2pm. We were thronged from the minute doors opened at 2pm until they closed at 5pm. We had another award winning bull as teacher Aidan O’Donovan and his son  Michael, who is in sixth year, brought their Limousin X All-Ireland champion reserve bull at Limerick show.

“The whole day went brilliantly. We had a great response. There was fantastic footfall,” said James.  He and all the organisers got the chance to let the entire community see their school and farm.

“Our lambs, turkeys, chickens, donkeys were all on show so they could see what the students are upto on the farm. We had Tractor Ted and the Irish Rovers vintage club brought Santa on a sleigh.

“There were 40 stalls - 20 were our transition year mini-companies selling their goods. There was a huge array of goods from hurleys to jewellery to jams to Christmas cakes. We had a brilliant raffle including signed Munster and Limerick U-21 jerseys, paintings and hampers. There was great support from local businesses. There were stalls supporting Limerick Animal Welfare and St Vincent de Paul. There was something for everyone,” said James. The history and geography teacher said the school has been “buzzing” all week.