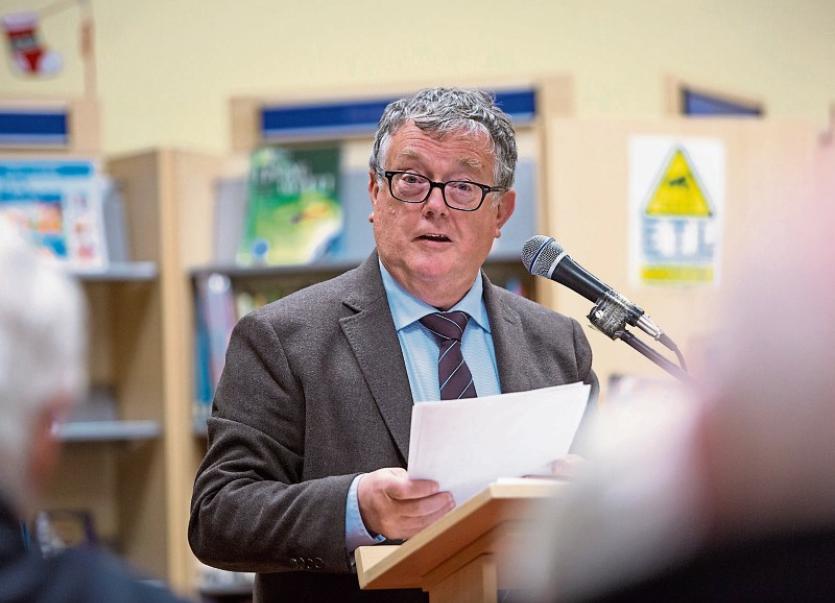 Dr Pat Wallace, a native of Askeaton and the former director of the National Museum, launching the book in Newcastle West library Pictures: Marie Keating

IT was a night to be remembered in County Limerick and one which is certain to be recalled in years to come.

For most of the huge crowd who turned up to the launch of the book, Newcastle West in Close-up: Snapshots of an Irish Provincial Town, there was a strong sense that this was no ordinary book.

Rather, for them, it was a small slice of history, destined to become a family treasure and one to be passed on to future generations.

Carefully orchestrated under the auspices of the Newcastle West Historical Society, the book evokes a bygone town, stirring up memories and drawing deeply on people’s affinity with the home place.

With some 200 or so pages, the book relies on photographs, bill-heads and to a lesser extent on text to give a glimpse into social, cultural and economic life in the town from the late 1800s onwards.

“I love the book,” declared the former director of the National Museum, Dr Pat Wallace who launched the volume at the Newcastle West library recently.

“It is a very scholarly effort because, in spite of the use of so many illustrations, it is very disciplined.”

He found no mish-mash of moments, mixing sport with religious trips or big parish days, he told the Limerick Leader.

In fact, there was no sport at all, he said with some surprise.

“I love sport,” he added but he was glad it hadn’t made it between the covers of this particular book.

Instead, the book moves from one part of town to another in orderly fashion and he was very taken by the variety of photographs and the humane touch brought to bear.

Dr Wallace was also very taken by the bill-heads, some going back 100 years or more, both from Irish companies and overseas companies.

The entirety, he felt, offered a very singular slice of social history.

“The tarring of the Square, I think it was in 1925, was mighty stuff,” he observed. But one of his favourites was a photograph of Nash’s garage, with all the vans and cars outside and a Ford tractor off to the side.

“That to me is a joy. It brings the town of that era back to people.”

But Dr Wallace also threw out a challenge to the audience who had gathered for the launch. Who, he asked, was the owner of a car with a Wicklow registration, photographed at the turn at Maiden St sometime in the early 1970s?

But nobody could remember.

“As a child who grew up at a cross-roads, we noted the numbers of car and who owned them,” he recalled.

Dr Wallace praised the high production quality of the book.

“The thing that appeals to me as a Limerick person is that it was designed and printed in Shanagolden and is as good as anything printed in Europe.”

And he predicted it would be making its way to Newcastle West-born people all over the country and indeed all over the world.

All four of the men who were behind the book project, John Cussen, Sean Kelly, Dr Pat O’Connor and Vincent Carmody also spoke at the event. 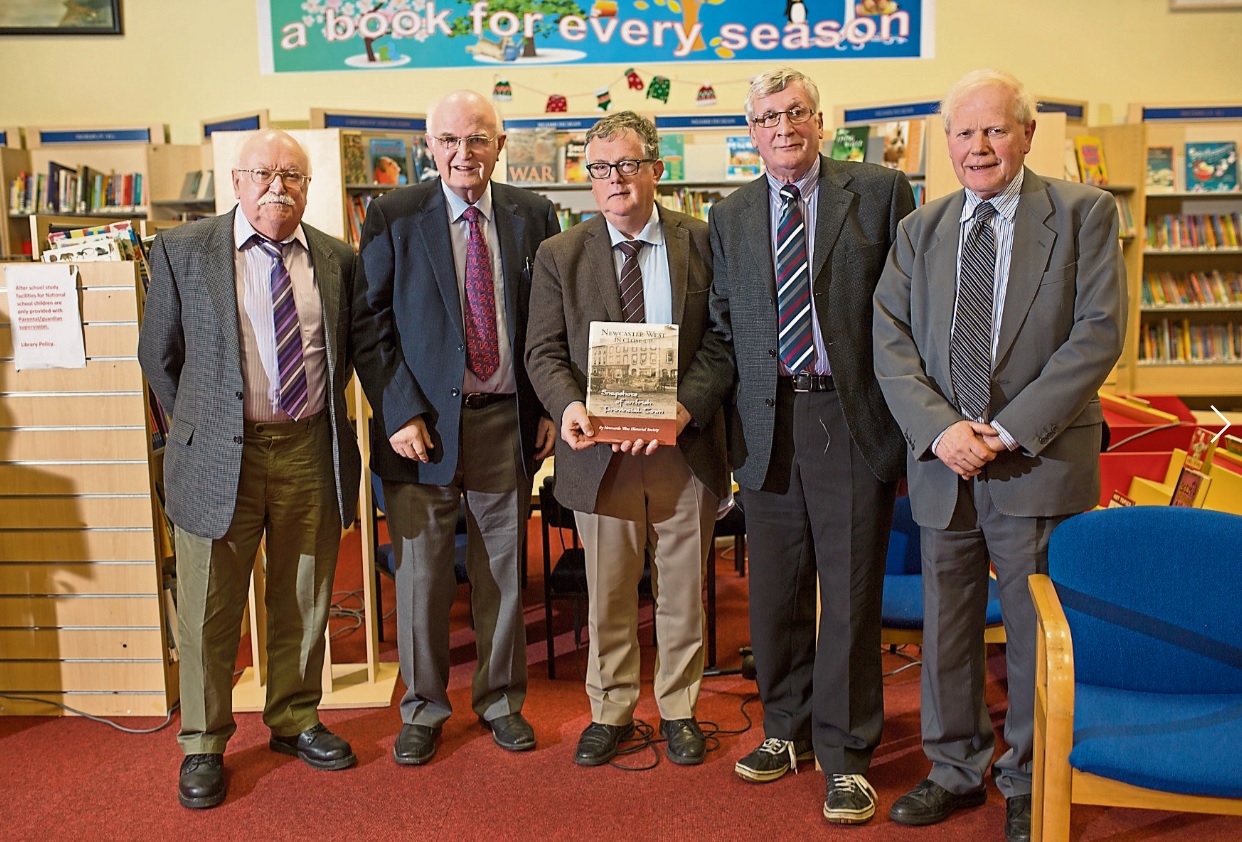 Mr Carmody had been chiefly responsible for a book of photographs on Listowel, John Cussen explained, and it was he who had originally suggested a similar kind of book for Newcastle West.

“We thought we could do the same for Newcastle West,” Mr Cussen said. “We wanted to publish a popular book. We felt the town deserved it,” he added.

The book, said Dr Pat O’Connor who wrote the introduction, is “an act of loving retrieval”. But it is also an homage to “hometown”.

“This book may elicit nostalgia but there is nothing maudlin to be had,” he said.

The book, priced at €30, is available through the Historical Society members or through the Newcastle West Bookstore, O’Mahony’s Bookshop and the Celtic Bookshop in Limerick.