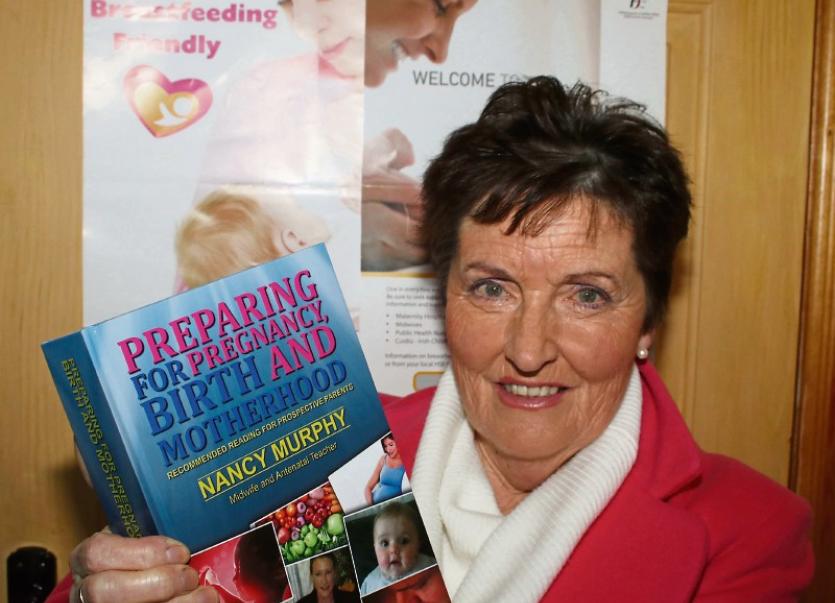 THE WEST Limerick midwife who set up the Women's Health Clinic in Newcastle West now finds herself a published author on the shelves of Barnes and Noble and WH Smith.

Three years ago, Nancy Murphy sent her second book Preparation for Pregnancy, Birth and Motherhood out into the world under the Tinevan imprint. But now, Austin Macauley Publishers, with offices in London and New York have signed her up and the book has been published under their imprint.

It took some time before everything was finalised but now the book has appeared and is being marketed in the UK and distributed to large-scale booksellers such as Barnes and Noble and WHSmith.

“It is basically the same book,” Ms Murphy went on. But she has high hopes that the new publishers will bring it to a much wider audience.

The target audience for the book is, as the name suggests, pregnant women and women who want to be pregnant and their partners. And it takes them through all stages providing the answers to crucial questions.

No one is blinded by science, the publishers say. “Basic information and advice is presented in an easy-to-read and easy manner with nothing alarming, and little that is not clearly expressed. Some difficult issues and questions commonly asked by women prior to and during pregnancy that often go unanswered are discussed.”

What convinced the publishers, Ms Murphy believes, is that she has had such wide experience, both as midwife, community mid-wife and antenatal teacher and  has brought many babies into the world.

It also helped, she said, that she was familiar with the British way of birth. A native of Co Roscommon, she trained as a nurse at Stepping Hill Hospital, Cheshire and qualified as a midwife at St Mary’s Hospital Manchester and later worked in London  as staff midwife in the Hammersmith Hospital  and midwifery sister at Hillingdon.

“I was lucky enough to work with some of the top hospitals,” Ms Murphy said. She also worked as a community mid-wife with Westminster and Haringey Area Health Authorities and a photograph of her, doing her rounds, on a bicycle, appears in the book.

For the past three decades and more, Nancy has been to the forefront of women’s health issues in West Limerick, working to set up and develop the Women’s Health Clinic where she is nurse manager. Her first book, Self-Preparation for Childbirth appeared in 1993 and was reprinted in 1996.