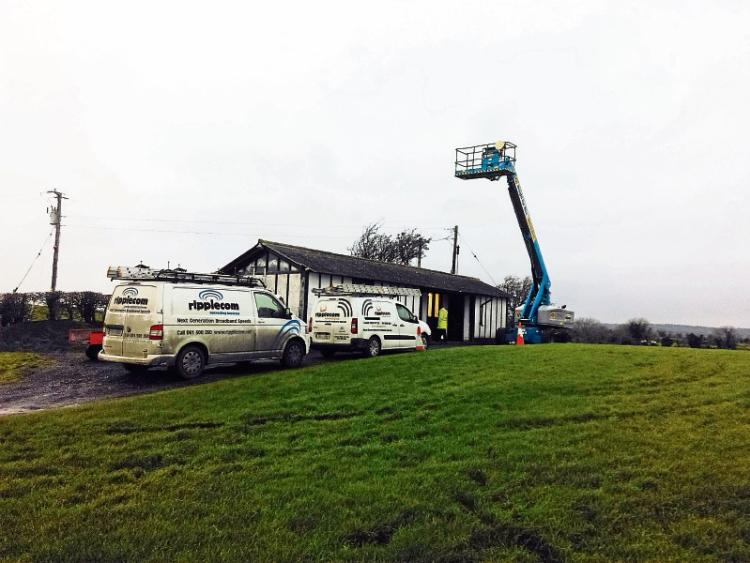 Crews from Ripplecom on site at Newgrange ahead of the Solstice

A LIMERICK based communications company has engineered a connection that will enable people from all over the world to experience this year’s winter solstice at Newgrange.

Ireland’s Ancient East, in conjuction with Ripplecom, will stream the solstice around the world to a potenial audience of millions.

Staff from Ripplecom worked with Magnet Networks to prepare Newgrange ahead of the event.

Given the particular location of the site and its protected status, some creative thinking was required to deliver a connection strong and reliable enough to support live streaming.

A team of in-house and field engineers were deployed to ensure the connection ahead of the solstice which takes place at 8.58am this Thursday.

Those who log on will see a shaft of light stealing down a narrow stone passage into a Neolithic alcove buried deep in the heart of the Meath countryside.

John McDonnell, Managing Director of Ripplecom, said the company’s history as a champion of rural connectivity came to the fore on the particular project.

“A decade of continuous investment means that, at the core of our operations, we have a radio network that reaches deep into those parts of Ireland where fibre is still a pipe dream.

"It is how we connected sites like Munster Joinery’s offices in Ballydesmond and we are delighted it has now led to our involvement with Newgrange and the winter solstice,” he said.

Ireland’s Ancient East will live stream from Newgrange on its YouTube channel this Wednesday and Thursday, December 20 and 21 from 8.30am each morning.