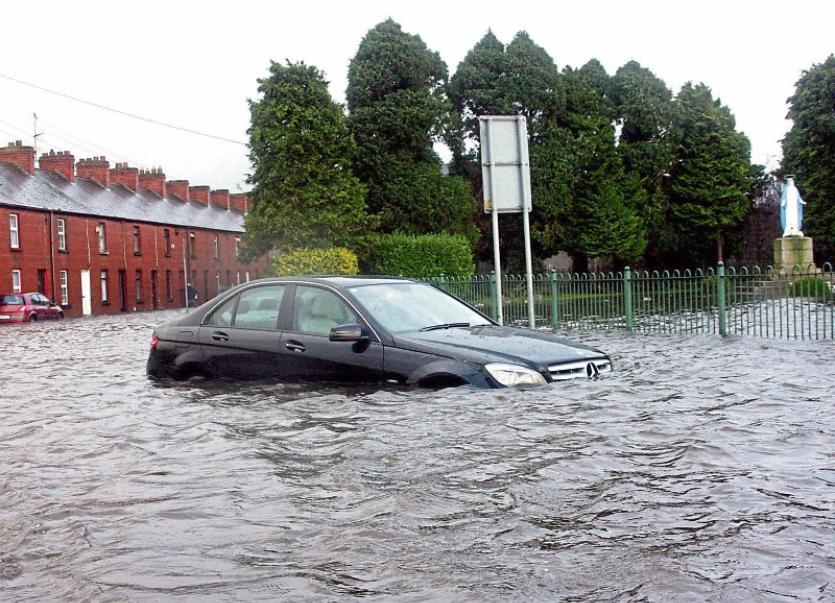 Flooding caused chaos in the King's Island back in 2014 PICTURE: DAVE GAYNOR

THE Minister with responsibility for the Office of Public Works (OPW), Kevin ‘Boxer’ Moran has confirmed €56m in funding for flood-hit areas across the city.

While this money will mainly be spent on defences in the King’s Island area – which was hit with terrible flooding in 2014 – a separate allocation of €720,000 has been put in place for the Castleconnell area.

The money has been announced as part of the Catchment Flood Risk Assessment and Management (Cfram) programme.

Senator Kieran O’Donnell, who invited Mr Moran to the city last month, has welcomed the news.

“This specific funding for Castleconnell Village is a part of the largest flood risk management programme ever undertaken by the state. It has been personally confirmed to me that €720,000 specifically will be made available to protect homes and businesses in Castleconnell village.”

“I know that this funding will make a big difference to people’s lives in Castleconnell Village. Flooding, as we all know, can have a devastating effect on our communities.

“Castleconnell Village had been subjected to severe flooding in 2009 and again in early 2016.

Mr Moran will also be assigning a specific OPW official to assist with Limerick council to advance the flood defences as quickly as possible.

He said: “Flood risk management has in recent decades been a priority issue for Government to mitigate the damage and costs associated with flooding. The impact of flooding to the economy and the public cannot be overstated. To see homes and businesses destroyed by flooding, which is recurring, has financial and emotional impacts on the individual”.

The news comes as members of the public are this Wednesday being invited to have their say on the plans for flood relief in the area.

City Hall will play host to an information day this Wednesday, where the plans to stop the Shannon overflowing onto the Island Bank will be unveiled.

It will take place between 11am and 3pm, and comes almost fo​ur years after flooding blighted the community. There will also be a separate information session from 5pm to 8pm at the King’s Island community centre.

Limerick City and County Council has appointed the Arup JBA team to assess, develop and design a sustainable flood alleviation scheme for the Island Bank.

It aims to minimise risk of flooding to the existing community, social amenity, environment and landscape following on from the wall at Verdant Place, which was erected in December.