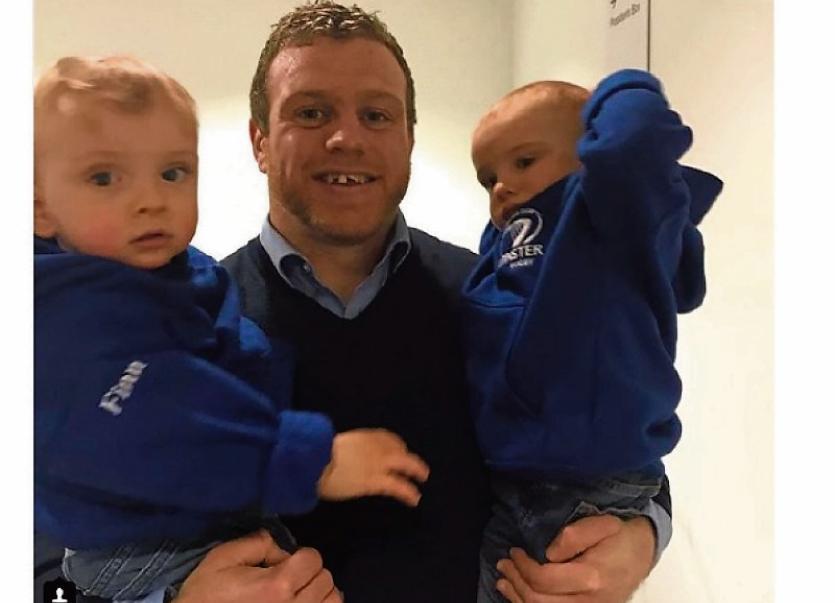 ALL he wanted for Christmas was his two front teeth - and thankfully he got them!

Former Shannon and Munster player Sean Cronin – who now plays for Leinster –  was in need of dental treatment after picking up a nasty tooth injury during his side’s 22-17 comeback win against the Exeter Chiefs.

After the game at the Aviva Stadium on Saturday the Monaleen man uploaded a photo of his war wounds - two chipped front teeth - to his Instagram account.

In his arms were his twin boys Finn and Cillian who celebrate their first birthday this week.

“Hands up if you've got more teeth than daddy,” joked Sean in a post accompanying the Instagram photo.

“Worth it when you get the win!” he added.

"Hands up if you've got more teeth than daddy" Worth if when you get the win...

Within 24 hours the player uploaded an Instagram story on his page from outside a dental clinic and within a short time later, on Sunday afternoon, he was flashing a full set of teeth once again.

Sean went down during the second half with what many thought was a head knock, although Leinster head coach Leo Cullen revealed after the game that the hooker suffered a tooth injury instead.

The Leinster star had a predictably dynamic performance, with his burst down the touchline right on half time proving crucial in securing Leinster a vital penalty just before the break.

Claire is well-known in GAA circles - her dad Ger, hurled with Limerick and mum, Vera, played for the senior camogie team. Both her sisters Niamh and Judith are well-known camogie stars.