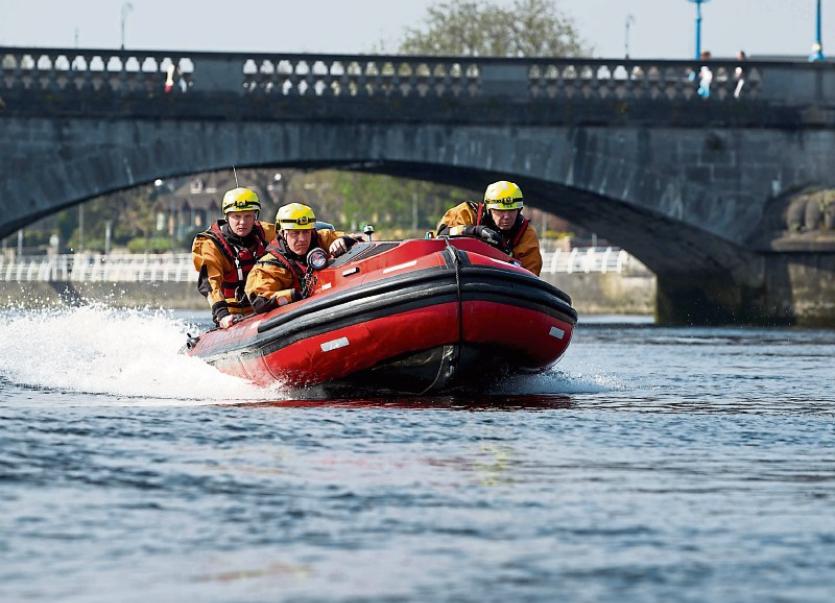 The FireSwift rescue boat attended the scene at Howley's Quay

A MAN who was “threatening to enter the water” in Limerick has been taken to hospital.

Limerick Fire Service received a report of a person in the River Shannon at Howley’s Quay at 2.55pm this Monday.

Three units of the fire service responded along with the FireSwift rescue boat and gardai.

On arrival, a man believed to be in his 30s was found threatening to enter the water at the steps at Howley’s Quay.

He was taken to University Hospital Limerick by HSE paramedics.