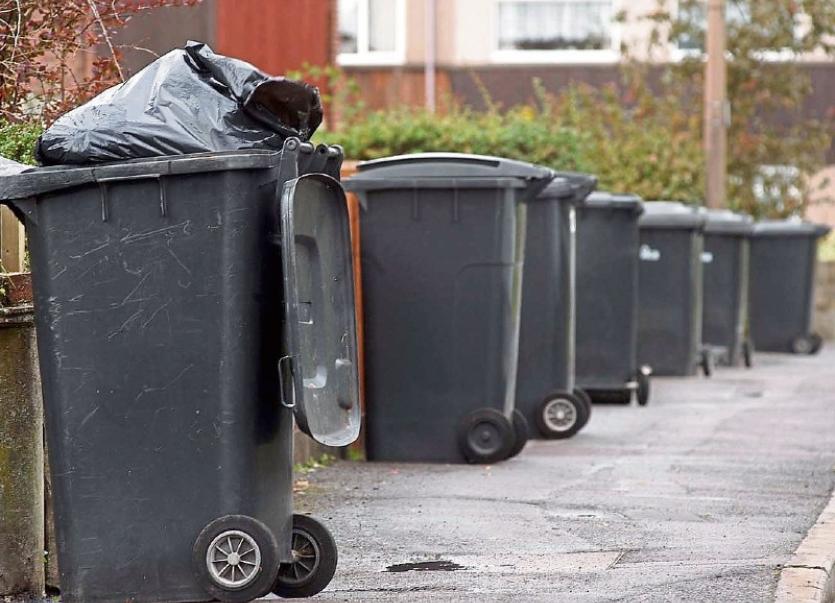 LIMERICK City and County Council, together with the Southern Region Waste Management office is changing its waste by-laws in a bid to improve collection rates.

At this week’s environmental committee meeting, members were shown 13 changes to the bye-laws, including notably an obligation on householders to participate in a waste collection service.

It comes with recent figures showing a third of people across the county don’t use waste collection.​

The measures will be approved at full council next month, but householders will be given three options – to take part in a ‘normal’ waste collection service, avail of direct delivery to authorised waste facilities, and for the first time, a formalised bin-sharing service.

Philippa King, regional coordinator of the Southern Waste Region said this would include stringent safeguards.

On top of this, another key aspect is to reduce the cross-contamination of various wastes through an awareness campaign.

They propose three sectors of waste – rigid plastic, paper and cardboard, plus tins and cans.

Ms King said this option is being examined, but noted that Cork City Council disallow any other clothes collection receptacles – unlike here.

Sinn Fein councillor Malachy McCreesh asked if the new bye-laws include the times bin collection services are on the road.

“Part of the current deal is they stay off the roads during peak hours. Will this continue,” he asked.

“The city is already covered under other waste collection regulations,” Ms King said, “The deal is they do the collections early in the morning.”

Cllr Noel Gleeson called for a fresh study from the local authority to see who owns bins and who does not.

“Great strides are being made, but I'm worried about dumping. What I see is a pure and utter disgrace. We are the first city to have teamed up with JP McManus for an annual clean-up [TLC], but then we see dumping just a week after. It's so disappointing after all the efforts being made,” he told the meeting.

The chair of the environmental committee, Cllr Jerome Scanlan complained at people not separating their rubbish, leaving “plastics and biodegradables together”.

He raised the spectre of this happening in graveyards across the county, saying separate bins are needed.

In return for customers bringing their own cup, this sees cafes afford a small discount on the coffee.

She added that many retailers were already supportive of the scheme.