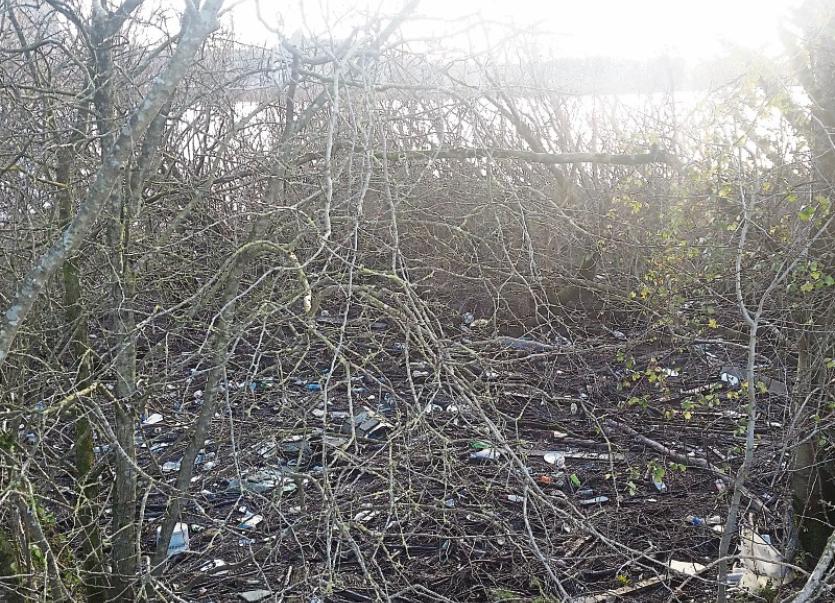 A NEW walkway along the river Shannon in Limerick city is being ‘destroyed’ by groups drinking in the area, it has been claimed.

However Limerick City and County Council has promised residents it will clean up the mess.

A local resident who contacted the Leader said he was passing through the walkway under the Shannon Bridge, off Condell Road, when he noticed the rubbish.

And Cllr Michael Hourigan, who also lives in the area, believes that the “ongoing” littering problem at the walkway is “terrible.”

“Its an area I walk in everyday and its one of the most beautiful walks in the city, people littering there is totally unacceptable.” explained the northside councillor.

A spokesperson for Limerick City and County Council said the Council have received a complaint in relation to rubbish behind the fence on the far side of Shannon Bridge.

”In order for this area to be cleaned, the fence needs to be removed and a contractor has been appointed to undertake this work. The Cleaning team in the city cleans this area on a continuous basis but mostly the near side of the bridge.

The council “understands that drinking goes on in the area and cans would be left after such gatherings. It is more a continuous littering problem than illegal dumping. Reports of anti social behaviour would be made to An Garda Siochana. All complaints on illegal dumping can be made through customerservices @limerick.ie or limerick.ie," said the spokesperson.

”They can also phone 061 556000 and the complaint will be logged and referred to the appropriate section for investigation.” added the spokesperson.”