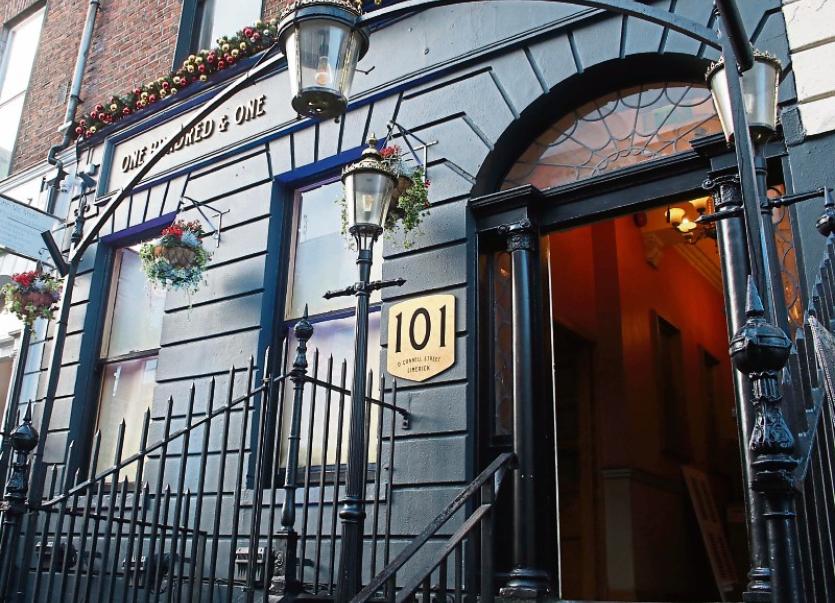 One Hundred & One: Will eventually feature five distinct bars

IN THE shade of the Gardens International site, Limerick’s newest night spot is a hive of activity, as furniture is hauled in and fixtures fitted.

One Hundred & One, named for its address at 101 O’Connell Street, is set to open its doors this weekend, but the full development won’t be completed until next year.

The latest in a string of city centre bar openings this year, 101 — in the building that once housed Bentley’s — is primed to be more than just a pub, with dozens employed.

An endeavour by James Lennon and Tony Enright of Smyth’s Icon and Angel Lane, with Pharmacia's Mike Warner also on board, 101 is due to open the first two of its five bars in total, the underground basement bar and the split-level ‘secret garden’ outdoor courtyard, which will be adorned with walls of greenery and faux grass underfoot.

By mid- to late-2018, it will boast at least five different bars, including a piano bar, a boardroom bar and what was originally Bentley’s main bar, spread across several floors and the garden.

To the rear of the property, a mews house on Post Office lane — also owned by 101 — will become a coffee shop that leads through to the garden, which has an electronic roof that closes automatically when it starts to rain. Inside, the overall theme takes its trendy inspiration from the Prohibition era and the TV show Peaky Blinders.

“The Gardens site will be very important to us when it opens,” said Mr Enright.

This weekend, management at House Limerick on Howley’s Quay, are also set to reopen the nightclub below the bar where the Sin Bin was once located as a new venue called Amber.