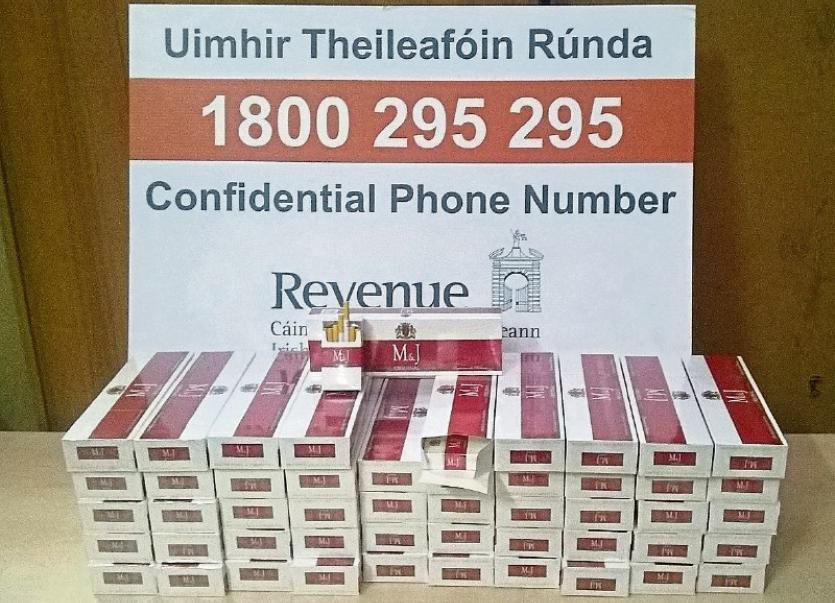 A total of 10,000 ‘unmarked’ cigarettes were found in the boot of a car which was being driven by Patrick McNamara

THE Revenue Commissioners has been ordered to return almost €7,000 in cash which was seized from a Southill man who was caught transporting 10,000 illicit cigarettes.

The cash was located in a car which was stopped following a surveillance operation in Raheen on October 27, 2015.

Making an application for the forfeiture of the €6,750, John O’Sullivan BL said it was the State contention that the money was the proceeds of crime and that it would be used for criminal activity.

Judge Tom O’Donnell was told the driver of the car – Patrick McNamara, aged 69, of 169 O’Malley Park – was subsequently convicted in the district court of charges relating to the cigarettes which had a street value of almost €6,000.

At the time, the Revenue Commissions stated the potential loss to the exchequer was around €4,100.

Giving evidence customs and excise officer Christopher Mulqueen said the cash was contained in a purse which was found in a locked glove compartment of Mr McNamara’s car.

He agreed with Marc Thompson BL that the respondent had claimed during interview that the money belonged to his wife who was a passenger in the car. He also agreed that documents in the name of Mr McNamara’s wife were found in the purse.

A number of sworn affidavits were submitted and Mr Thompson said it was his client’s contention that the cash seized included monies which had been paid to his wife by the Department of Social Protection.

It was accepted by Mr O’Sullivan that Mrs McNamara had received “significant” payments from the department as two of their children, one of whom has since died, were suffering from disabilities.

Opposing the application to have the money forfeited, Mr Thompson indicated it was his client’s intention to use the money “entirely for the benefit” of his daughter.

Having considered the evidence and legal submissions, Judge O’Donnell  said he was not satisifed the State had reached the necessary standard to prove its case.

He directed that the cash be returned to Mr McNamara.