Limerick's 2018 Primary Science Fair will be biggest in country 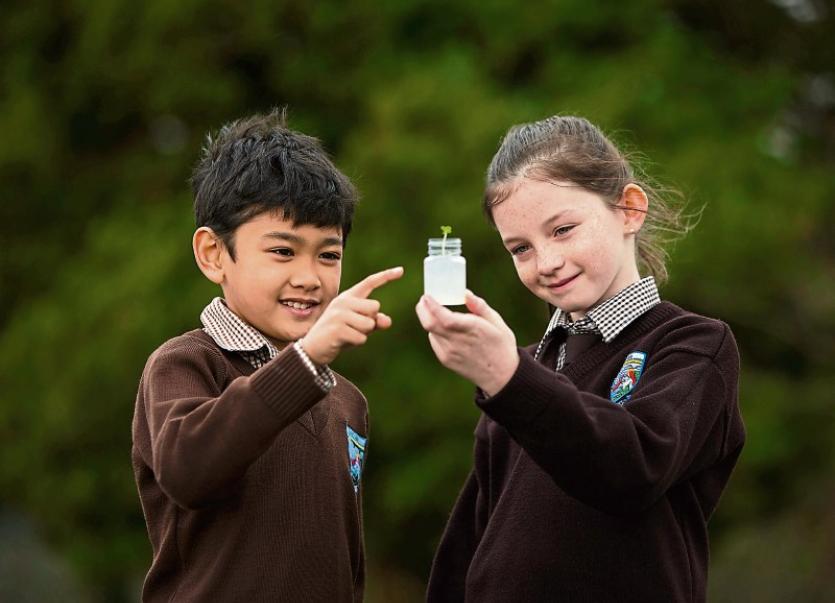 THE Limerick leg of the 2018 RDS Primary Science Fairs will be the biggest one in the country, hosting more schools than Dublin or Belfast when it takes off this January.

Nationally, almost 7,500 primary school pupils will participate across the three cities, with more than 3,000 of those flocking to Mary Immaculate College for the project exhibition.

Next January will also see the greatest number of schools from Limerick city and county — 36 — taking part to date.

“It is vitally important that we invest in the foundations of our future economy,” said Pat Daly, Director of Economic Development at Limerick City and County Council.

“The knowledge economy is already very important for the Mid-West region, providing jobs and business opportunities. While we don’t know what the jobs of 2030 or 2040 will be, we do know that many of them will be built upon STEM skills and expertise. Because of this, it has been very encouraging to see the Limerick schools’ participation increase annually at the RDS Primary Science Fair,” added Mr Daly.

The RDS Primary Science Fair encourages primary school teachers to focus on developing students’ core scientific skills by investigating a question or problem by ‘working scientifically’ and ‘designing and making’ as per the primary science curriculum.

Creativity and curiosity are vital to each project, with titles this year such as: ‘Can we get balloons to lift us off the ground?’ ‘Why do onions make us cry?’ ‘What science is inside my pencil case?’ and ‘Can energy be transferred using lollipop sticks?’

The fair is internationally unique in its methodology and pedagogy, and has been independently cited as a potential global benchmark for similar initiatives.

Speaking at the launch, Michael Duffy, chief executive of the RDS said: “Last month the Department of Education and Skills set ambitious targets to make Ireland a world leader in STEM (Science, Technology, Engineering and Maths).

“Keeping young students open to and engaged with science is vital for the outcome of these targets. The investigations that the students complete as part of the RDS Primary Science Fair help transform their natural curiosity into scientific inquiry. Feedback shows that participants’ science and maths skills improve, as does their confidence, teamwork and social skills,” added Mr Duffy.

From Thursday, January 18 to Saturday, January 20, the fair is open to the public and has a host of science-themed entertainment for the whole family. Admission is €4 per child and €8 for each accompanying adult, with a family ticket for four for €18 – and discounted rates for school visits.

See www.rds.ie/primarysciencefair for details on the entertainment programme, opening hours and other information.