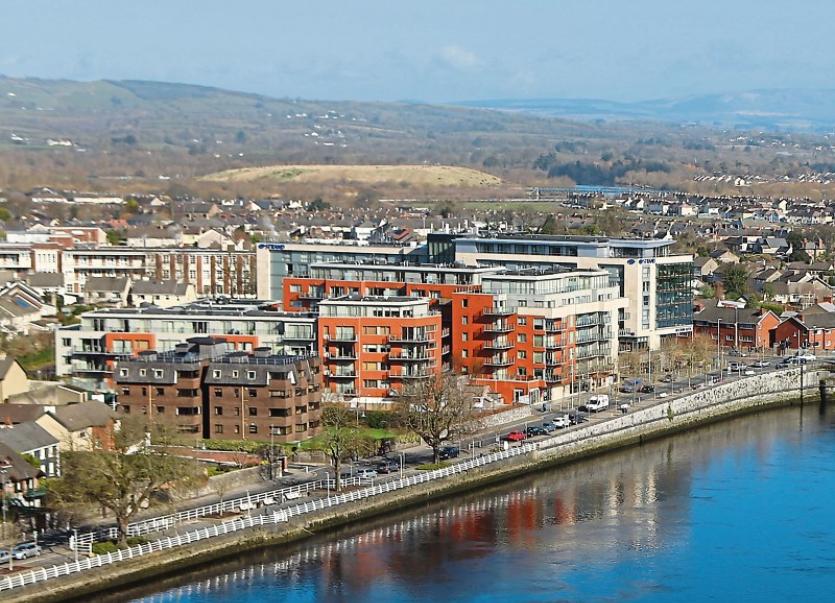 The property in Strand Apartments was the subject of ‘fierce bidding’, says Michael O’Connor

A TWO-BEDROOM apartment has sold in Limerick city after “fierce bidding” at auction.

Located in the Strand Complex, it is believed that the sale price of €440,000 makes it the most expensive apartment to sell in the city since the boom.

The riverfront residence was one of three in the Strand Complex to sell at an auction last week. Michael O’Connor, director of REA O'Connor Murphy, said a further four sold immediately after the auction in the Strand Hotel. And they are currently in negotiations on a number more.

The apartment that made €440,000 is not the penthouse, the Limerick Leader understands.

“It is a nice apartment. It was probably the best unit remaining in the development. It exceeded my expectations. It was a great price,” said Mr O’Connor.

Close to 70 attended and bidding was “fierce”, reports the auctioneer.

“They sold for 10%, on average, above the reserve. There is a big dearth of apartments and there is big demand in the city. It just shows the strength of the Limerick market currently. It certainly has been very strong in the last three to four months. It has gone from strength to strength throughout the year and we believe it will continue into next year,” said Mr O’Connor.

He says the city centre location is proving very attractive. The auctioneer describes the profile of purchasers as “investors and downsizing”. GVM’s Tom Crosse saw a similar trend with a lot of interest from those wishing to move from their big country houses at the launch of a new housing development in Templeville, Ballinacurra Road, Punches Cross last month.

“There are approximately 26 units remaining. These properties comprise one, two and three-bedroom apartments of which we will be releasing the phase in the New Year. Already we have a considerable database of clients looking for units,” concluded Mr O’Connor.

The Property Price Register, the national database of all residential sales, shows that 25 apartments in the Strand changed hands in 2016, fetching between €170,000 and €305,000.

A company formerly in charge of the apartments, Sova Properties Ltd, had net liabilities of over €64m, according to the most recent accounts filed for 2014.

That company had bank loans of €117,338,335, and in August 2010 its loans were transferred to the National Asset Management Agency (Nama).

The directors of its parent company, Lalco Holdings Ltd, entered into an agreement with the National Asset Loan Management Agency (Nalm), in April 2012.

The agreement covers the debt of this company and other Lalco group companies and provides for a repayment plan concluding in 2020. There are certain guarantees, securities and default conditions in place under the agreement.

In July 2016, Nalm, a subsidiary of Nama, sold its loan and security interests to OCM EmRu DebtCo DAC, which was incorporated in June 2016 and is a subsidiary of Oaktree Capital Management - an American global alternative investment management firm with expertise in credit strategies.